By now, everyone has heard the good news:

Washington's Legislature has enough votes to legalize gay marriage with a statement from Democratic Senator Mary Margaret Haugen Monday who said she will support the measure, becoming the 25th vote needed to pass the bill out of the Senate. The House already has enough support, and Gov. Chris Gregoire has endorsed the plan.

Haugen's announcement came has hundreds of people filled the capitol to advocate for and against gay marriage. State senators began considering the bill during a morning committee hearing.

In a statement, Haugen said, "I know this announcement makes me the so-called 25th vote, the vote that ensures passage. That's neither here nor there. If I were the first or the seventh or the 28th vote, my position would not be any different. I happen to be the 25th because I insisted on taking this much time to hear from my constituents and to sort it out for myself, to reconcile my religious beliefs with my beliefs as an American, as a legislator, and as a wife and mother who cannot deny to others the joys and benefits I enjoy."

And if and when this vote goes through, we know what will happen next. The National Organization for Marriage will push a referendum. And my guess is that the man in the following video will receive a star role:

That's Pastor Ken Hutcherson. And yes his testimony stank. And it was muted too. Based on past experiences, I was expecting more. Earlier this week, he compared the governor of Washington state to John Wilkes Booth, the murderer of President Abraham Lincoln, simply because she publicly supports marriage equality.


For many of us, Hutcherson will live in infamy due to a following comment during a sermon in 2008 castigating men he termed as "weak" or "effeminate:"

"God hates soft men" and "God hates effeminate men . . . If I was in a drugstore and some guy opened the door for me, I'd rip his arm off and beat him with the wet end."

He later claimed that this is a joke, proving that his sense of humor is as lacking as his testimony in the video above.

Let's keep our fingers crossed that the process in Washington state ends in our favor. And also that not one of us holds the door open for Hutcherson.

Posted by BlackTsunami at 3:18 PM 2 comments:

MD police official: Transgender rights bill did not lead to rapes, assaults in public restrooms - Confirming something we all knew.

Ken Hutcherson likens Gov. Gregoire to President Lincoln’s Assassin - Great. One black pastor claims that gay men wears diapers, while another one is comparing a governor to Abraham Lincoln's assassin because she supports marriage equality. I swear if it weren't for the sexual coercion charges and the hypocrisy, Eddie Long would look like a saint compared to these two.

Gov. Christie Nominates Openly Gay Justice - I generally loathe Gov. Chris Christie, but sometimes he has a good head on his shoulders.

Indiana Wingnut Worried License Plate Will Make Kids Gay, Give Them AIDS - Oh for the love of . . . By the way, for you edification, the "wingnut" in question, Micah Clark, once bragged about citing the discredited work of junk scientist Paul Cameron during a hearing and sidestepping a legislator who quizzed him on it.

Ask NOM about its partnership with 'diaper pastor' Patrick Wooden - Lastly - and yes this is important - if you have not emailed or tweeted the National Organization for Marriage's cultural director Thomas Peters on why the organization is allying with the "diaper pastor" Patrick Wooden, please do so. The link gives an overview of the story and both his email and twitter address.

Ask NOM about its partnership with 'diaper pastor' Patrick Wooden 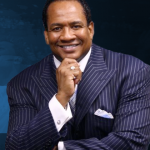 Last week, North Carolina pastor Patrick Wooden shocked a lot of people with his blatantly inaccurate comments that gay men have so much sex that they require surgery and diapers.

But while folks either laughed, rolled their eyes, or gagged in disgust, it's important that we all don't miss an important connection here.

Wooden is one of the pastors who is teaming up with the National Organization for Marriage to pass that awful anti-family, anti-marriage equality amendment in North Carolina.

According to Brian Tashman of Right Wing Watch:


. . . Wooden is no fringe figure, and is actually one of the major spokesmen for the campaign to pass an amendment to North Carolina’s constitution outlawing same-sex marriage.

Wooden was “the main speaker for the rally organized by the conservative North Carolina Family Policy Council where he shared the stage with National Organization for Marriage president Brian Brown and Randy Wilson, the Family Research Council’s National Field Director. He also spoke at a press conference alongside Republican House Speaker Pro Tem Dale Folwell and Kevin Daniels of the right-wing Frederick Douglass Foundation in support of the bill, and Wooden is spearheading outreach to African American voters on behalf of Vote for Marriage NC the umbrella group led by NOM, the Baptist State Convention of North Carolina, NC Values Coalition and the Christian Action League.

Wooden is not NOM's only questionable alliance. Presently the organization is teaming up with the Minnesota Family Council in that state to pass an anti-marriage equality amendment. MFC was discovered to have material on its webpage accusing the gay community of pedophilia, bestiality, and the consuming of bodily wastes.

NOM did not issue a comment about this controversy, yet the organization is always quick to claim that those who share its beliefs are being unfairly labeled as bigots.

So one wonders where does NOM stand on Wooden's words regarding gay men and diapers.

I sent the following letter to Thomas Peters, NOM's cultural director. It reads as follows:

Your organization, the National Organization for Marriage, claims that it simply wants to protect marriage and that those who share your view that "marriage is the union between one man and one woman" are in danger of being unfairly labeled as "bigots."

However, one has to ask the question that if you do not want the label of  "bigot," then why does your organization team up with those who slander the gay community, such as Patrick Wooden of the Upper Room Church of God in Christ in Raleigh, NC. In a recent interview, Mr. Wooden said the following about gay men:


The God of the Bible made the human sperm, the God of the Bible designed it and it was not designed to be emptied into an area that is filled with feces, there is nothing for it to germinate with, it will most certainly mean the extinction of the human race. My belief is that if the medical community would just step forward and just would share with the American people what happens to the male anus, the problems that homosexuals have with their rectums, the damage that is done, the operations that are needed to sew up their bodies if you will, and how many of the men don’t even give these stitches time to heal before they are back out there practicing that wicked behavior. Some are bleeders, men who are not turned off by ingesting the feces of other men.

Now while Mr. Wooden does assert that it is his personal opinion, as I understand it, he is teaming up with your organization in an effort to pass an anti-marriage equality amendment in North Carolina. Furthermore, he did share the stage at a rally last year with NOM's president, Brian Brown and he is spearheading outreach to African American voters on behalf of Vote for Marriage NC the umbrella group led by your organization, the Baptist State Convention of North Carolina, NC Values Coalition and the Christian Action League.

My question is where does NOM stand on Mr. Wooden's comments. Do you reject them and will you continue to work with him in your campaign to pass this amendment?

Mr. Peters' email address is tpeters@nationformarriage.org and you can twitter him on @AmericanPapist

Please feel free to email him and ask him where does NOM stand on Wooden's comments. And above all, DO NOT BE RUDE. Regardless of how you feel about NOM, this is a serious issue and should not be approached with frivolity or anger.

If you twitter him, simply ask "Where does NOM stand on P. Wooden's diaper comments?"

Posted by BlackTsunami at 4:43 AM No comments: