Alabama Chief Justice Explains Why He May Ignore The Supreme Court On Marriage Equality - I am glad Think Progress revisited the excellent smackdown CNN's Chris Cuomo gave AL Chief Justice Roy Moore and caught this. If the Supreme Court does rule for marriage equality, will Moore attempt to ignore its decision. I think that during the interview, he hinted that he would try.


A Transgender 9-Year-Old’s Mom Made A Touching Video To Explain His Transition - Just pure awesome. The very definition of parental love.

Arkansas Legislature Expected To Pass Law Allowing LGBT Discrimination - It will unfortunately passed and signed by the governor . . . and then IT IS ON!!!!

FRC prays SCOTUS 'will rule in the fear of God' - Now isn't that some . . . seems to me if FRC itself had any fear of God, the organization wouldn't have been lying about lgbts so many times.

Robert Knight: Stop Gay Marriage By Impeaching Judges Who Rule For Equality - Robert Knight, the anti-gay talking head who I was once able to confront about anti-gay groups using discredited research against lgbts . His unashamed admittance has served as a reason why I do what I do.

Benham Brothers: Satan Behind Homosexuality, Gay Marriage - You all can believe what you want, but I personally think that the board of HGTV sends up silent "thank yous" to the lgbt community for warning them about these guys and thus keeping them from being offered a show on its network.
Posted by BlackTsunami at 9:05 AM 1 comment:

'All right Mr. DeMille. I'm ready for my close up' - NC lgbt newspaper publishes feature on me

As part of its look at lgbt African-Americans in the Carolinas, the North Carolina lgbt newspaper QNotes published a nice article on yours truly and my work on anti-gay lies and propaganda: 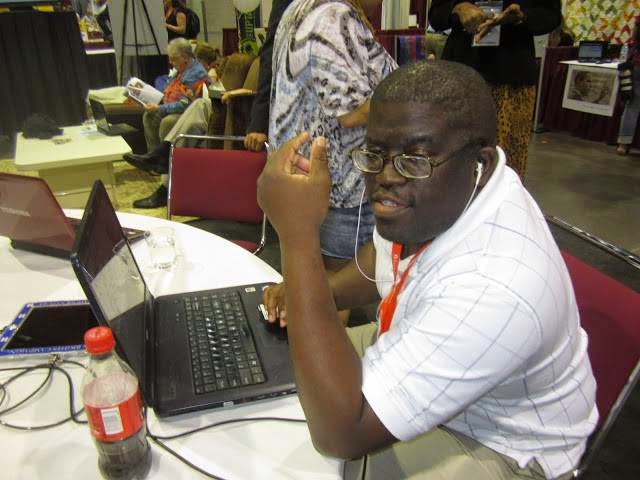 In the middle part of the last decade, Columbia’s Alvin McEwen was in the process of writing a book. He’d wanted to track the actions and movements of the anti-LGBT religious right and document them. The book publishing was slow, and a friend, he said, suggested he start a blog. And so, his blog, Holy Bullies and Headless Monsters, launched in 2006.

McEwen, 43, poured his heart into tracking statements and actions from well-known right-wing leaders.

“I was looking at how anti-gay groups distorted information,” McEwen explains. “Looking at their tactics and their history of cherry-picking science and relying on junk science.”

He soon attracted attention and support from gay blogosphere powerhouses Jeremy Hooper of GoodAsYou.org and Pam Spaulding of the now-retired Pam’s House Blend.

. . . McEwen believes — and has often been able to prove or link together — deliberate attempts by rightwing groups to twist facts, mischaracterize scientific studies and malign LGBT people in the process.


Check out the rest here. I think the author and the publication did a wonderful job.
Posted by BlackTsunami at 5:06 AM 2 comments: