With Pride Month every year comes the celebrations, the intense debates about where we are as a community, the bellyaching of various natures, and, last but not least, the futile whining of the religious right about how LGBTQ people are being uppity and not knowing our place, or rather the place they want to put us in.

Case in point is the Family Research Council:

There are lots of parents today who wouldn't think twice about sitting their kids down in front of the Disney Channel or Cartoon Network. And that, conservatives warn, is exactly the problem. Like so many other moms and dads, they're expecting the same kind of harmless storylines they watched in the 70s and 80s. What their children are seeing is anything but.
Say goodbye to the regular plot lines of Blue's Clues and Scooby-Doo -- and hello to a 21st century lesson in transgenderism, sex, homosexuality, non-binaries, and drag queens.  That's the new reality of radical programming on some of America's favorite shows -- especially, parents are discovering, during Pride month. Loveable animals like Arthur and My Little Pony have been commandeered by the far-Left for lessons that would make most adult's jaws drop.
In the latest example on Blue's Clues, real-life drag queen Nina West sings a Pride parade song to the tune of "The Ants Go Marching" -- except the lyrics have been replaced with "LGBTQ buzzwords like 'ace' -- which stands for 'asexual' -- as well as 'queer,' 'bi,' 'pan,' 'allies,' and 'kings and queens,'" the Blaze warns. Blue and friends watch their two-mom floats go by while rainbow and transgender flags dot the colorful landscape.
This is just the beginning of Nickelodeon's full-blown assault on mainstream morality. SpongeBob Square Pants has already stepped into the LGBTQ world, so, according to TMZ, "it's really not that much of a stretch for them to get Blue onboard, too." The goal, the outlet says, is to take "proactive steps to teach kids about different family structures in a fun, catchy way that appeals to young children."

Say goodbye to the regular plot lines of Blue's Clues and Scooby-Doo -- and hello to a 21st century lesson in transgenderism, sex, homosexuality, non-binaries, and drag queens.

There is nothing in Blue's Clues video having to do with sex. The mention of "sex" is courtesy of FRC as a way of twisting the false image it hopes is driven into the head of its readers - that the LGBTQ identity is solely materialistic, solely sexual, totally devoid of anything resembling values of love, and that we are extremely eager to "recruit" children into this identity.
Read more »
Posted by BlackTsunami at 5:16 PM No comments: 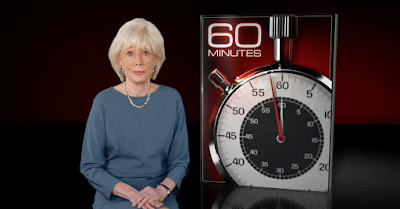 Where Detransition Narratives Go Awry - Zack Ford shows '60 Minutes' the mistakes it made with piece on transgender people. A very good post, by the way.
Florida lawmaker torches DeSantis after he kicks off Pride Month by signing bill booting trans kids off sports teams - DeSantis is trying to get to the White House on the bodies of transgender children.
Celebrating Pride Month: 30 LGBTQ firsts in art, politics, education and more - Learn your history. Know your history.
Pride Month is starting & these are the best posts about it so far - That's so far.
Posted by BlackTsunami at 9:04 AM No comments: