Recently, NOM's Ruth Institute sent the following out via email: 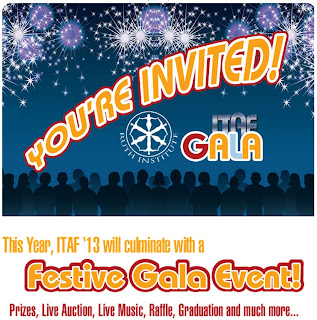 According to the email, the gala will include a raffle featuring two pieces of autographed memorabilia from the Chicago Bears Organization, who the group thanks for “supporting our message”:


This year, we're planning on sending our graduates off with a bang! And we've got some help! Several donors have stepped up and donated terrific items for us to raffle as prizes in an effort to raise funds for ITAF '13.
[…]
For now, you should know that we have two fabulous raffle items from the Chicago Bears Organization (and a huge THANK YOU to the Bears for supporting our message).


The items in mentioned are the following: 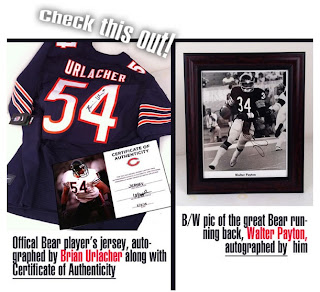 "The two items featured in The Ruth Institute gala invitation were personal donations to Dr. Jennifer Roback Morse. Neither was a club donation, nor do they represent the team’s view on any social issues. Any remarks stating otherwise are false."

This is a story in progress. Details may or may not change.

UPDATE - Jennifer Morse of NOM's Ruth Institute confirms the fact that the email was a lie:


Reached by phone Wednesday afternoon, Morse initially declined comment. But the website later dropped all images and references to the Bears at the team's request, and Morse issued a statement: "The Ruth Institute is not working with the Chicago Bears organization or any of its players past or present to promote our upcoming auction. The memorabilia we are auctioning off was acquired by me personally, not through the team or players. We understand that the Chicago Bears organization takes no position on social issues, and we regret any confusion we may have caused on this point."

Posted by BlackTsunami at 4:05 PM 6 comments:

The lgbt community really needs to pay attention to the Dave Agema situation in Michigan because it's just gotten worse. Agema, a state Republican leader, caught a lot of negative attention recently for posting outdated information about the lgbt community on his Facebook page.

Agema has not only refused to take back what he said, in spite of the fact that folks have complained about the inaccuracy of the information, but he has also put up a petition claiming that he  "will dig in and fight even harder to defend our conservative values from these attacks by liberals in the media, and even in our own party." Today, two state Republicans, Ken Yonker, of Caledonia, and Thomas Hooker, of Byron Center, signed the petition.

According to a Michigan newspaper:

Yonker, who began his second term this year, signed the petition on March 30. On the petition, Yonker thanked Agema for "bringing forward the negative struggles the gay life style [sic] brings." He also linked to factsaboutyouth.com, a website that among other things contends homosexuals are more at-risk of contracting STDs, more likely to suffer from mental illness, less apt to be monogamous and likelier to live shorter lives.

"I encourage all to learn more this struggle some live with, so we can understand and help them," Yonker wrote on the petition before linking to the website, which also includes information about "change therapies" for homosexuals.


There is one problem

1.  Facts About Youth repeats the claim that Dr. Francis Collins stated that homosexuality is not hardwired by DNA. The truth is that Francis Collins never said that. In fact, Dr. Collins said his words were being distorted:


The words . . .  all come from the Appendix to my book “The Language of God” (pp. 260-263), but have been juxtaposed in a way that suggests a somewhat different conclusion that I intended. I would urge anyone who is concerned about the meaning to refer back to the original text.


2. Facts About Youth repeats the lie that  the Robert Spitzer study proves that homosexuality is changeable, excluding the fact that Spitzer has said on more than one occasion that his research was being distorted.

3. Facts About Youth mentions the term "gay bowel syndrome," even though it does not exist.

4. Facts About Youth repeats the lie that a Canadian study proves that gay men have a short life span, even though the researchers of the study said that their work was being distorted.

I don't know what's worse about this situation. The fact that people who are going to be voting on lgbt issues is spreading this bad information or that the lgbt community and our leadership seem to be clueless about raising a fuss over it.
Posted by BlackTsunami at 3:13 PM 1 comment:

Brian Brown Encourages Hate Groups To Be More Anti-Gay Than NOM - Our former president, George Bush, called this "strategery." Or did Will Ferrell? Seriously the hope seems to be that if anti-gay groups are more rabid then NOM would seem more moderate and congenial. Knowing the country's media, this could work.

John Kavanagh, Arizona State Representative, Defends Transgender Bathroom Bill - This bill is SUCH a waste of time and energy. All it does is beat our transgender brothers and sisters up with awful stereotypes.

O'Reilly Says It's "Accurate And Honest" To Call Marriage Equality Opponents Bible Thumpers - This is true, but Bill O'Reilly? Defending us? Stop the world. I want to jump off.

NOM's latest hero: Father who doesn't care to dance at son's wedding - Good Lord, NOM? Who's the next hero going to be? Alan Keyes because he cut off all contact with his lesbian daughter?

Keyes: Gay Marriage Violates the Declaration of Independence - Speaking of which. My gosh, first Ben Carson and now THIS guy. Is there any African-American conservatives out there with even a modicum of sanity?
Posted by BlackTsunami at 8:59 AM No comments:

As if it's a surprise to anyone, the Family Research Council is rushing to support Dave Agema, the Michigan Republican leader who is facing a firestorm for putting outdated anti-gay propaganda on his Facebook page.

Last week, Agema posted on his Facebook page something called Everyone Should Know These Statistics on Homosexuality, a vicious anti-gay litany of lies, including:

Homosexuals live unhealthy lifestyles, and have historically accounted for the bulk of syphilis, gonorrhea, Hepatitis B, the "gay bowel syndrome" (which attacks the intestinal tract), tuberculosis and cytomegalovirus .

25-33% of homosexuals and lesbians are alcoholics .


Since that post, Agema has been catching a lot of flack, including from members of his own party demanding that he resign.

The Family Research Council has just backed Agema. In an email recently sent out, the organization said the following:

When leaders like Republican National Committeeman Dave Agema so much as raise questions about the harms of homosexuality, the RNC throws them under the bus faster than you can say "political correctness." Agema, a staunch Michigan conservative, is taking fire from his own party for a Facebook post that detailed the harms of homosexuality. And while people may not agree with everything in his column, they should agree on his freedom to call for a discussion. But under this new "inclusive" and "welcoming" RNC, simply raising awareness on certain social issues is off-limits. A group of GOP officials is calling on Agema to resign--including state party chairman Bobby Schostak, who claimed that statistics about the consequences of homosexual behavior (consequences which even the Left acknowledges!) are a "form of hate."

While Agema's research may be somewhat outdated, FRC's "Top 10 Myths about Homosexuality" highlights a summary of recent data, which all point to the high rates of physical and mental illness associated with homosexuality. Several of these hazards are echoed by the Gay and Lesbian Medical Association, which makes a point of posting the risks so that people can discuss them with their doctors. To his credit, Agema isn't backing down. He insists that we shouldn't cut off debate about a lifestyle with direct public policy implications.


While FRC rightfully calls Agema's information outdated, it replaces the information with some distortions of its own. The post it highlighted,  "Top 10 Myths about Homosexuality," has several problems with accuracy.  For one thing it repeats the same lies as Agema, but backed with cherry-picked studies.

A perfect example of this is FRC's claim about the work taken from the Gay and Lesbian Medical Association. FRC cherry-picked the GLMA's work to give it a totally different meaning.

While FRC lists the health problems which may affect gays and lesbians, the organization is careful to omit the  information from the GLMA which points to how homophobia and societal rejection plays a part in creating these health problems and hindering lgbts from receiving adequate care. By omitting this information, FRC incorrectly makes it seem that the sexual orientation itself is a factor when it comes to gay and lesbian health problems.

For the record, Agema was not debating. He was spreading lies and distortions derived from bad sources. One source listed as a citation on the post Agema cited,  Paul Cameron, is a charlatan who has been either censured or dismissed from several medical associations for his bad research methodologies and outrageously homophobic claims, including the claim that gays stuff gerbils up their rectums. The problem here with Agema is that he is so wrapped up in his own self-righteousness that he fails to realize no one is persecuting him or trying to hinder his right to free speech.

With free speech comes responsibilities and the main responsibility is the hope that one doesn't use his or her free speech to spread lies and deceptions. Caught up in his own phony martyrdom, Agema doesn't want to realize that in bearing false witness against the lgbt community, he has betrayed those Christian values which he is seeking to defend.

The Family Research Council, on the other hand, is another case entirely. It wasn't that long ago when the group peddled the same lies in the same unabashed form as Agema. However, knowing fully well that the information was propaganda, FRC dialed back the rhetoric and is now attempting to portray a more "kinder, gentler" image of homophobia.

And a central part of this false image is portraying every ugly offense it lodges against the lgbt community as merely a way of "starting a debate."  What FRC does to the lgbt community is no different than a reporter asking a politician, "so when did you stop beating your wife," and then whining about being silenced when the politician objects to the offensive nature of the question.

This is not debating.  It's called demonizing. It's called lying. And it has no place in the public square.  The question is how long will it be before the media stops being fooled by FRC's shuck-and-jive?

What is about the lgbt community which makes it permissible to treat us any different?