Apparently, there has been somewhat of an online war going on today between the progressive site Think Progress and the supporters of Kim Davis.

Last weekend, Mat Staver head of the organization defending Davis for her illegal act of denying couples their marriage license, made the claim that over 100,000 Christians in Peru held a prayer rally for her. He posted the following image: 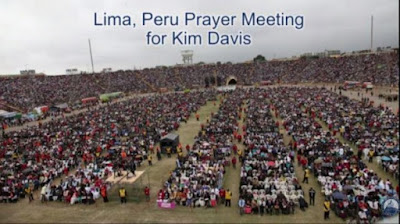 .However, Zack Ford, head of ThinkProgress LGBT (and a good friend of mine) contended that Staver's claim was a lie. Based upon his investigation, Ford said the picture came from a prayer rally known as “Jesús Te Ama Y Te Cambia” (“Jesus Loves You And Changes You), which did take place in Peru — over five days in May, 2014.

In light of this Stonewall nonsense, it's important to remember that lgbt heroes come in all shapes, sizes, backgrounds, religions, and racial ethnicities.Some may have embraced civil disobedience, while others used other means to remind people of our basic humanity or the war of lies and propaganda waged against us. Some were famous, but some were not.

From the Equality Forum comes the list of LGBT History Month 2015 Icons (because October is LGBT History Month). It's a list that I hope to make someday as a  cerebral African-American lgbt who may not have been able to act, sing, play a sport, or achieve a high level of fame, but played a huge role in exposing and dismantling vestiges of homophobic propaganda, thereby clearing the way to our eventual full equality.


No, 100,000 People Did Not Gather In Peru To Support Kim Davis. Here’s Proof. - Looky here. Kim Davis' lawyer and others members of the anti-gay right have been caught lying about a prayer rally in Peru supposedly in support of her stance. And it is here which opens another avenue where the anti-gay right can defeat us.  When reading this, many of you will probably yawn and give a cute comment about how anti-gay hate groups have been caught lying yet again. That's a problem which needs to be talked about. It would seem that when the anti-gay right can't beat us with outright lying, they will constantly repeat the same lies in order to desensitize us. It's the equivalent of being struck until you are numb. It takes away your outrage and desire to expose the lie.  When you stop exposing the lies, they can gain traction.


Star Parker: Gay Marriage is 'Bringing Horrible Hostility Into The Public Square' - Read the entire item and listen to what she says (if you have a strong stomach). She is basically whining about gay adoption. Pretty nasty of this woman who runs an organization, CURE, which only exists to give her token black conservative status at right-wing events.

Stonewall Gets What It Deserves, Tanks at the Box Office - As I get older, the Stonewall uprising is reminding me more and more of The Andy Griffith Show episode, 'The Battle of Mayberry.' That's the episode where everyone in town gives self-aggrandizement to their personal ancestor as the person who really won the battle for the town when in reality, no one knew the actual truth. There. I said what I've been feeling about this entire controversy almost since it started.

Obama: Religious Freedom Is Not A License To Deny Others Their Constitutional Rights - That's MY president who said that. . .
Posted by BlackTsunami at 9:11 AM No comments:

The media's love affair with a certain anti-gay hate group . . .

I ran this as part of my news briefs last week, but it needs to have a post of its own to reiterate the point that lgbts need to pay attention to what's being pushed in the media. You think Tony Perkins and the Family Research Council would be getting as much respect if it were an openly racist or anti-Semitic group?

Posted by BlackTsunami at 5:01 AM 3 comments: