This is something we should all listen to and remember the next time someone tells us that we should attempt to understand Trump voters.

On his SiriusXM show Friday, host John Fugelsang spoke with a Donald Trump-supporting caller named Tiffany. Because she said her Christian faith meant so much to her, Fugelsang tried getting her to answer a simple question: Could she cite anything from the Bible — any teaching of Jesus — that backed up Trump’s horrendous policies? In other words, was there anything Christian about Trump? Tiffany, who admitted her “political knowledge is not very high,” couldn’t come up with a single Christ-like thing about Trump.


The above summary is merely a nice way to put this 13 minute conversation. All in all, Fuselgang's conversation with Tiffany ran the gambit from showing just how sadly uninformed  as a voter she was to her having a resentment-filled meltdown about immigrants. She claimed that she wasn't a Fox News viewer. I sincerely doubt that.

It would have been an amusing conversation except for the fact that it was over a million "Tiffanys" at the ballot box who put Trump in office.

Posted by BlackTsunami at 3:53 PM 2 comments:

'Trump's SCOTUS nominees alarm LGBTQ leaders, the huge problem I have with TERFs,' and other Mon midday news briefs 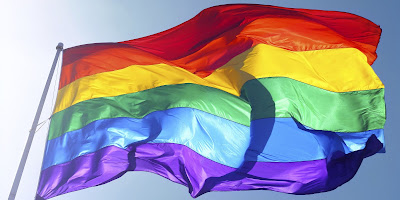 Trump's 'extreme' Supreme Court shortlist alarms LGBTQ advocates - As well they should. And yet another example of why some mutants voted for Trump. Nary a person of color in the bunch when it comes to his nominees. No matter. Bring it on. I'm feeling ornery.

Trump's Three Alarming Supreme Court Finalists - And when it's whittled down to three, it's gonna be an ugly fight. And I adore ugly fights. I get to rhetorically throw chairs and get away with it.

Scholars dismantle the myth policing trans kids’ genders - It never ceases to amaze me how when the media talks about transgender issues, they hardly ever bring on anyone who has studied the issue. I care little for talking heads, but would definitely listen to an unbiased expert when it comes to issues like this.

Anti-trans group allowed to lead Pride in London march after hijack - In case you didn't hear, a small group of very annoying TERFs (trans-exclusionary radical feminists) briefly interrupted London's Pride celebration with the usual discriminatory bullshyte about how the trans community is erasing women. In the past, I've tried to understand this group. I've talked with a couple of them and read a lot of their literature. And the best way to describe them is how I describe homophobes. When it comes to homophobes, no matter what the issue about the LGBTQ community, it all comes down to their fevered imaginations of male gay sex. With the TERFs, it's all about the penis (particularly seeing penises) and the fear that transgender women want to force them to have sex. No matter how they intellectualize it, that's what it's all about - misandry so high that they view transgender women as men who want to violate ALL of their spaces. It's a lie. A big fat fearful lie.

In An Already Tight Housing Market, LGBTQ Seniors Face Challenges Finding Homes They Can Afford - Don't forget about our LGBTQ seniors.
Posted by BlackTsunami at 9:10 AM 2 comments: