If I were the evangelical right, I would show some degree of decency and call Trump out for his awful policy of snatching immigrant children from their parents. And for a number of reasons.

1. For all of their talk about morality and values, their muted/silence response are making them look like power-grubbing hypocrites willing to support anyone who can take them to the seat of power (in this case, Trump).

2. Others besides myself are beginning to notice, as this wonderful article in the Huffington Post proves.

3. Most importantly, other evangelical leaders and figures are speaking and they ain't exactly the voices which help. For example, take Todd Starnes.

Starnes has made quite a name for himself being one of the religious right's most viciously homophobic and best purveyor of anti-Christian moral panics (even at the point of playing fast and loose with the facts.)

Via People for the American Way's Right Wing Watch is a clip of Starnes defending Trump's separation of immigrant families. According to Starnes, it's not a bad policy because Trump's "not gassing children."  Starnes even took the time to label those of us against the policy as traitors. Love the evangelical Christian sentiment:


"President Trump is not gassing children": Todd Starnes defends the Trump administration's policy of separating families at the border by declaring that critics of the policy are treasonous traitors. pic.twitter.com/H7jnpZxmp6
— Right Wing Watch (@RightWingWatch) June 19, 2018 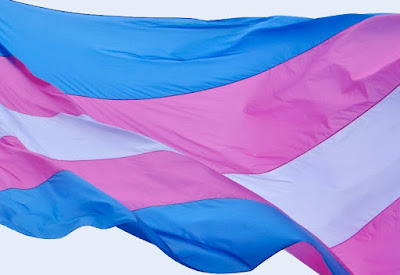 The World Health Organization announces it finally no longer classifies being transgender as a mental disorder - HUGE positive step in the right direction.

Conservative evangelical groups & leaders care more about their fantasies than immigrant children - Post from last night because it needs to be repeated.

BuzzFeed Celebrates LGBTQ+ Teens With Its Second-Annual Queer Prom - Wonderful! Anything which helps our kids is a good thing.

Michigan is trying to erase LGBTQ people & immigrants out of school history classes - They can try, but it doesn't mean they will succeed.

TEXAS: Megachurch Pastor Screams Oppression Over Removal Of His “America Is A Christian Nation” Billboard - Oh my heart "bleeds" for this self-righteous rascal.
Posted by BlackTsunami at 9:15 AM No comments: