In a huge show of audacity, Liberty Counsel head Mat Staver has the unmitigated gall to comment on a recent case in Florida where a judge awarded the custody of a child to a lesbian couple:

According to Mat Staver of Florida-based Liberty Counsel, the action is one of judicial activism; and the role of a judge, he argues, is not that of writing laws but of interpreting them. The attorney makes note of a 1977 Florida law that bans adoption by homosexual men and women.


"This law has a lot of good commonsense reasons [behind it]," he comments. "Not only the fact that children do best when they are raised in a home with a mother and a father, but certainly sociological research bears that out as well."


. . . "This is renegade judicial activism that ought to be stopped because it weakens the judiciary, it weakens the rule of law, and it undermines the trust of the people in justice and in law," contends Staver. "Once that begins to take place, [it] unravels the entire system."

For those of us familiar with religious right terminology and code words, phrases like "renegade judicial activism" means a judge who doesn't prescribe to their narrow-minded and inaccurate view of the law and the concept  of  "family."

And just like I pointed out in an earlier post regarding NOM head Maggie Gallagher, Staver is another religious right talking head who distorts research to claim that heterosexual households are better than same-sex households when it comes to the raising of children.

But Staver's other comments should give everyone pause for alarm:

Staver says the Florida judge decided on her own to grant a same-gender adoption when she wrote an opinion that has no basis in law -- and her ruling, he adds, should not be respected as though it does.

Seems to me that Staver is encouraging folks not to follow the judge's ruling. One has to wonder if  Staver and the Liberty Counsel also advised Miller to ignore the court when it said that she should allow Jenkins visitation with the two's daughter, Isabella.

We don't know because ever since Miller kidnapped Isabella, the Liberty Counsel hasn't commented on its conduct during the case.

But we do know that the Liberty Counsel dragged the case out,  no doubt filling Miller's head with impossible expectations which led her to kidnap Isabella when those expectations didn't come to fruition.
To this day, no one knows where Miller and Isabella are.
It's too bad that the Liberty Counsel doesn't seem to know the location of either its values and integrity.

On second thought, I take that back.

I'm sure the Liberty Counsel's values and integrity are probably in a jar somewhere in the deepest darkest area of the organization's headquarters where they can bother no one, especially Staver and the rest of his Liberty Counsel colleagues.

AFA Radio Calls for Criminalizing LGBT People - You read this right. It's not a mistake but a  bit of brazen nastiness.

The Pray In Jesus Name Project: 'defending our troops against open homosexual aggression' - Hot mess and a half. Apparently repealing DADT would allow lgbt hands to "roam."

Conservative Action Project: A New Name For the Same Old Right-Wing Agenda - Not another one of those groups! 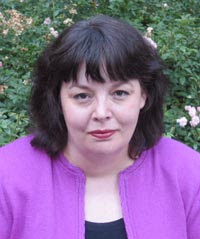 Maggie Gallagher of the National Organization for Marriage seems to always be the first to complain that her organization's zeal to stop same-sex marriage is mislabeled and she is unfairly targeted as  a "bigot" or  a "liar."

However, how she distorts a recent study of abused children does make the case that Gallagher and NOM  tends to play loose with facts.

The study reported findings from the Fourth National Incidence Study of Child Abuse and Neglect (NIS–4), which was conducted by Westat, Inc., with the assistance of its subcontractor Walter R. McDonald and Associates, Inc. (WRMA).

Gallagher, however, uses the study to attack the concept of same sex parenting and gay marriage.

In a recent piece on the National Organization for Marriage blog, she cited it in an effort to criticize the ongoing Proposition 8 trial and the lawyers speaking against the Proposition 8 - Ted Olson and David Boise :

Here’s my question for Ted and David as they strive to prove that Science Says same-sex unions are just like opposite-sex ones, when it comes to children.

Perhaps you are right. Perhaps alone of all the family structures science has ever studied, children living with same-sex couples do just as well as children in intact married families. (Perhaps that is true even though your own expert witness admits there is no research on gay male families and child outcomes, and there is no nationally representative study that follows children raised from birth to adulthood by same-sex outcomes and compares how they do to children in other family forms ).

But does this study, which is one of hundreds with similar results favoring the natural family give Ted Olson and David Boies pause late at night as they assert the scientific irrationality of respect for the natural family at all I wonder? Ted and David, I’m wondering: not even a little bit?

Here is the thing that Gallagher is intentionally overlooking - the study NEVER LOOKED specifically at same-sex households. Same sex households wasn't even a category.

Gallagher even admits this when talking about the study:


All the other family structures studied (which does not include same-sex parent families probably because these are such a small part of the population), but does include solo parents, other married parents (remarried primarily), single parents living with a partner, cohabiting parents, and no parents.

Through her distorted usage of the child abuse study, Gallagher is exploiting a common religious right talking point which goes like this: "same-sex marriage/same-sex parenting is not a good idea because studies show that the best place to raise a child is in a home with a mother and a father."

However when the religious right groups and talking heads (such as Gallagher) make this point, they always seem to commit an egregious "sin of omission" by not revealing that:
Also strangely (or maybe not so strangely) when these two facts are brought to their attention, they never want to address them.  On several occasions, I posted a variation of the question - how can a study which never even looked at same sex marriage or parenting be used to criticize these concepts - on the NOM blog. I have yet to see my question appear.
However, Gallagher gets points for audacity. Her acknowledging the fact that the study she cited never even looked at same-sex households (and by extension, marriage equality) while at the same time using it to decry both concepts shows that she has a lot of chutzpah.

Too bad chutzpah in this case isn't the same as accuracy or respect for truth.

Posted by BlackTsunami at 4:57 AM 3 comments: Links to this post