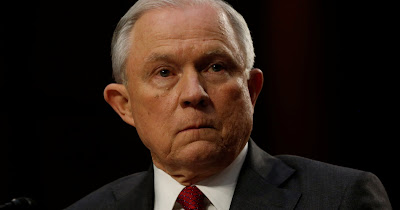 Wednesday night, Attorney General Jeff Sessions said he does not believe that the Alliance Defending Freedom is a hate group even though it has been proven that, among other things, the group has falsely conflated homosexuality with pedophilia and worked to imprison gays in foreign countries simply for being gay.

Sessions said these comments during a speech at the ADF's Summit for Religious Liberty. He also blasted the Southern Poverty Law Center, the organization giving ADF the designation:

"I wanted to come back here tonight partially because I wanted to say this: You are not a hate group," Sessions told attendees (video below) at the ADF's Summit on Religious Liberty, as Towleroad reports.

"When I spoke to ADF last year, I learned that the Southern Poverty Law Center had classified ADF as a ‘hate group.’ Many in the media simply parroted that as a fact," Sessions charged. "They have used this designation as a weapon and they have wielded it against conservative organizations that refuse to accept their orthodoxy and choose instead to speak for their conscience and their beliefs. They use it to bully and intimidate groups that fight for religious freedom, these constitutional rights of the American people."


Via  his speech, Sessions performed the modus operandi of ADF and other religious right groups which SPLC have called out, i.e. playing the victim and using the "religious liberty" card in hopes of diverting attention from what caused them to be labeled as hate groups in the first place.

In the case of the Alliance Defending Freedom, the organization has a long history of demonizing the LGBTQ  community, working to undermine LGBTQ equality, and using the force of the law against the LGBTQ community. In his speech, Sessions claimed that SPLC has no proof to back up its claim that ADF is a hate group.

SPLC has extensively documented research from the time of the Alliance Defending Freedom's founding to the present, making sure to point the numerous times the group attacked the LGBTQ community.

Read more »
Posted by BlackTsunami at 9:26 AM No comments: