Today will be a very short post because I am presently working on a piece to commemorate the National Organization for Marriage's anti-gay march.

It's called 'Five Acts of Anti-Gay Bigotry NOM Wants You To Forget.'  I'm not going to reveal the list until tomorrow morning (and I implore you to read, share, and comment), but I encourage you to guess which five did I pick from all of the acts of homophobia NOM has engaged in over the years.

I will give you a little clue. The following graphic will be included. Guess which number it comes in at:

Posted by BlackTsunami at 2:34 PM No comments:

Exclusive: Key NOM figures scheming behind the scenes ‘action plan’; called The Princeton Group - In an exclusive by Jeremy Hooper, we find out that key figures behind NOM are planning an 'action plan.' Read this, folks. Read, study, wait. Patience is the key. Let's not get caught unawares again.

Why Is Allen West Angry At 'Liberal Progressive Socialists And Radical Gay Lefties' This Time? - Allen West thinks that Obama overturned DADT through an executive order. Uh no. Congress voted to repeal it. I loath homophobes but I CANNOT STAND dumb ones.

Obama: Keep Pressure On Congress To Pass ENDA - You better believe it.
Posted by BlackTsunami at 8:58 AM No comments:

As the National Organization for Marriage's anti-gay march draws nearer, the organization has gained an "official media sponsor" - the right-wing Washington Times.

Apparently the Times can actually deviate from its busy schedule of  publishing racist junk from Ted Nugent, writing vicious screeds about immigrants, Hilary Clinton, the transgender community, and the lgbt community in general to not only host a live stream of NOM's march but also publish a "commemorative issue" the day after.. One can receive this "commemorative issue" by subscribing to the Times. 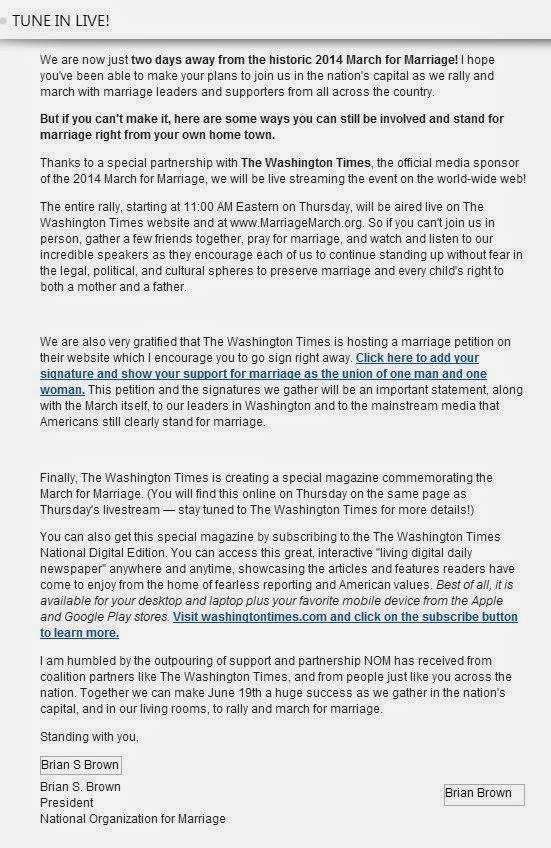 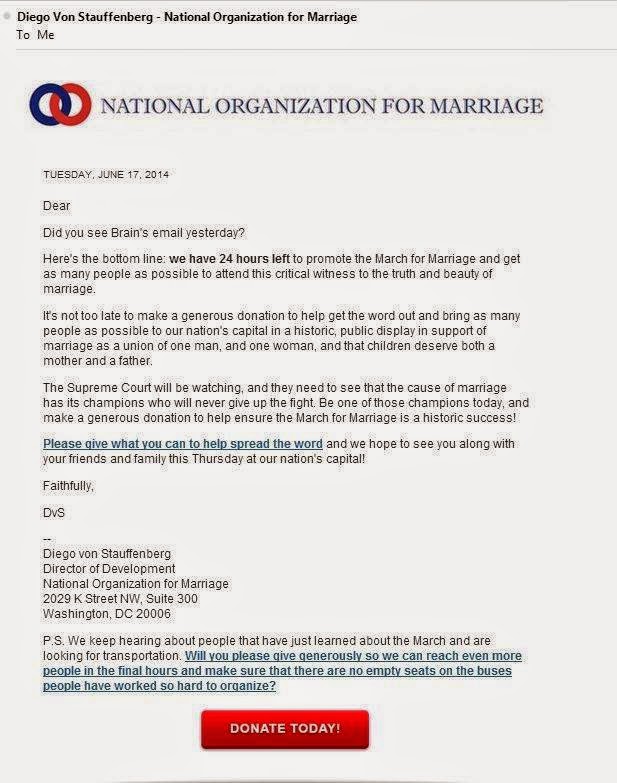 The letter claims that the Supreme Court will be watching the march. I seriously doubt it. And I know I won't be, either.

Certainly there will be many of my colleagues watching the live stream and reporting about the nonsense. I will be doing some reporting and posting myself, but as for watching any live stream, it's times like this when I am glad that I have a regular job to attend to.
Posted by BlackTsunami at 4:47 AM 1 comment: