If the organizations designated by the Southern Poverty Law Center as anti-hate groups want to get anywhere in their campaign of refutations, perhaps they should take up a collection and buy a muzzle for the American Family Association's Bryan Fischer.

Almost singlehandedly, he is doing more than enough to destroy any credibility they may receive.

I've already talked about how he tried to take down SPLC's list of 10 anti-gay myths last week and got smacked down hard.

And then there was his interview with David Pakman yesterday which only can be described as a slow moving trainwreck of homophobia.

But today, according to People for the American Way's Right Wing Watch, Fischer actually tops his past displays of anti-gay lunacy.

You see today, Fischer took the time to respond to SPLC's smackdown of his lies from last week. This how he did it:


By writing a new post accusing the SPLC of engaging in the "propagation of known falsehoods" about homosexuality ... and simply restating the very same points that the SPLC had already debunked

It's as if he stuck his fingers in his ears to drown out all of the information that he didn't want to hear.

I think I need to clear things with "national headquarters." Maybe there is a secret memo proving Fischer to actually be a spy working on our side.

It's either that explanation or the plain fact that he is simply a homophobic dunderhead.

Scott Brown supports DADT repeal, and it's not a question of 'time' - Hot dog! After Senator Olympia Snowe also indicated that she will sign on too.  So get cracking Senators, we are almost there!

FRC questions pro-equality side's humanity; we no longer question irony's mortality - Forget being nice and go straight to the hyperbole about those "evil homosexuals." Doesn't the Family Research Council remind you of the main villain from that Disney movie "The Great Mouse Detective"? He spends the entire movie trying to deny that he is a rat, pretending to be a highly cultured mastermind. But the end when his evil plans are thwarted, he says to hell with it and embraces the stinky, nasty rat that he is.

Gohmert: Without DADT, Military Stands to Lose Thousands and US Will Reach the “End of its Existence as a Great Nation” - Congressional representative Louis Gohmert (of the gaping hole) shows why he readily signed on to FRC's silly attack on the Southern Poverty Law Center.

Posted by BlackTsunami at 9:00 AM No comments: Links to this post 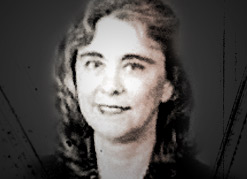 According to a member of the religious right, us lgbts stole the rainbow and she wants to take it back.

From the American Family Association's One News Now:

An activist fighting for traditional marriage in California is urging Christians to reclaim the rainbow from homosexual-rights activists who have hailed the symbol as their icon of "gay" pride.

Dr. Jennifer Roback Morse of the San Diego-based Ruth Institute rightly argues that the rainbow is a sign of God's covenant with man, and she says proponents of Proposition 8 -- California's measure that passed in 2008 to define marriage as between a man and a woman -- are the original "rainbow coalition."

"Proposition 8 was passed by a great grassroots coalition that included people from all across the religious traditions, and also people of every race and color," Morse recognizes. "We are the real rainbow coalition. The gay lobby does not own the rainbow."

Let's look at the history of the rainbow in the lgbt community. According to Wikipedia:

The rainbow flag was popularized in 1978 by San Francisco artist Gilbert Baker, during the Gay Freedom Day Parade (though the association between rainbows and the LGBT community existed before 1978).

The multi-colored flag represents diversity, and hence acceptance of those different from us.

The original flag had pink and turquoise in it, but the colors were taken out because of dye unavailability. As it stands, there are six colors on the Pride Flag, each standing for a specific symbol chosen by Baker:

It may seem like a silly matter but don't let the triviality of the situation blind you to what's going on here. Morse's claim that we somehow stole something from Christians is in line with her later comments:


"We can't simply let that go by. Families put rainbows in their children's nurseries. Little Christian preschools will have rainbows...

Here is my question - don't lgbts have families? Don't we have children? Don't our children go to preschools and nurseries? Don't we come from every race, creed, and religious tradition?

I think Morse isn't necessarily upset that we have taken the rainbow symbol. I think it has more to do with the fact that the lgbt community will not accept the role that she has designated for us.

To Morse (and no doubt others who agree with her), we don't have a right to certain things, be they symbols of unity and love or families in general, because we don't deserve them. To Morse, lgbts are the eternal outsiders, the freaks, the people who will never fit in no matter how we try.

Perhaps Morse would be happier if we walked about angry and depressed, constantly asking folks like her for their "tolerance" or "pity."

Sorry, but the days of the self-hating lgbt who roams the outskirts of proper society in a depressed haze is on its way out of the door and definitely not fast enough.

Therefore, I would suggest that Morse learns to share. And not just the rainbow either because the concept of family isn't something that belongs solely to her either.

Posted by BlackTsunami at 5:00 AM 2 comments: Links to this post