Dan Savage's monumental "It Gets Better" campaign recently fell under scrutiny via a study which questions its effectiveness.

According to LOGO Newnownext:

The It Gets Better projects was launched by Dan Savage and Terry Miller in 2010, in response to a chilling number of suicides by LGBT teens facing bullying. Sine then, it’s added more than 50,000 videos from people of all walks of life.

But a new study suggests imagining a better future may not be an ideal coping mechanism for struggling teens—and may, in fact, do more harm than good. University of Arizona professor Russell Toomey and his team examined profiles of 245 lesbian, gay and bisexual (LGB) young adults to see how they coped with sexual-minority stress during adolescence. Three common strategies emerged: Cognitive strategies (the “It Gets Better” approach), alternative-seeking strategies (changing social circles or schools), and “LGB-specific” strategies (joining a gay-straight alliance). Young people who sought out LGB-specific strategies reported better psychosocial adjustment and were more likely to graduate high school. Cognitive and alternative-seeking strategies were associated with poorer adjustment, higher incidents of depression and lower self-esteem. Alternative-seeking strategies were even linked to lower likelihood of finishing high school. “Our findings question the ’It Gets Better’ narrative that’s been given to LGB youth,” said Toomey. “Asking youth to accept negative experiences as the only coping strategy potentially exacerbates stress.”


Personally,I think the study's premise presents an inaccurately simplistic view of the 'It Gets Better"  campaign. Regardless, it is a fascinating twist which will no doubt lead to debates, arguments, and unfortunately, groups and individuals who will  exploit the study to push their own anti-lgbtq agenda. 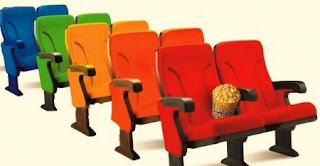 LGBTQ Community Faces An ‘Invisible’ Hollywood Summer Movie Season - Well this kinda sucks. Granted, we are probably being saved as Oscar bait pics, but I wouldn't mind seeing an action picture with a gay guy. Preferably black and wearing leather and knowing karate and holding a big gun in a few scenes . . .

Tank slammed online for performing at D.C. Gay Pride event - If this was a white artist, there would be more controversy over him receiving criticism.

Gay issues discussed at meeting of France and Russia’s leaders - Since a certain American leader didn't talk about it, France had to take up the slack. "Freedom fries," my ass!

Trump is bad, but Pence is the real drag

While folks are focusing on the consistent incompetence of Trump, they shouldn't forget the homophobia and false piety of his VP, Mike Pence.

It's so good that it's worth repeating :

During my travels across the self-proclaimed Crossroads of America, I learned that Mike Pence had once paid his mortgage with campaign funds, dragged his feet during an HIV epidemic and a lead-poisoning outbreak, signed an anti-gay-rights bill that nearly cost Indiana millions of dollars, lost his mind on national TV with George Stephanopoulos, and turned away Syrian refugees in an unconstitutional ploy laughed out of federal court. And he ended his gubernatorial term unpopular enough that his re-election bid in a Republican state seemed dicey at best.

Pence is the nation's 48th vice president. Nine vice presidents have assumed the presidency as a result of death or resignation. That's a 19 percent ascendancy rate. Between Trump's trigger-happy Twitter persona, the ethical nightmare of his business empire, his KFC addiction and possible entanglements with Vladimir Putin, I'd say the chances for Mike Pence are more than 50-50.

So what do we know about Pence? The governor benefited greatly from the wall-to-wall "Trump is a crazy monkey throwing feces" media coverage during the fall campaign, in that his record was undercovered, but it's out there and suggests that his impact as vice president will screw African-Americans, women, the poor and any other square peg in round America. His concerns for the parts of Indiana outside his comfort zone toggled between disinterest and disdain.

And here's the frightening thing: Unlike his boss, Mike Pence has an actual ideology. Pence proclaimed at the 2016 GOP convention that "I am a Christian, a conservative and a Republican, in that order." However, his actual record – including turning down up to $80 million in federal pre-K funding – is the antithesis of Jesus' "whatever you do for one of the least of my brothers, you do for me" theology.

Posted by BlackTsunami at 4:45 AM No comments: