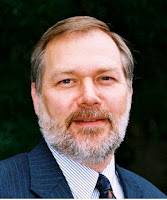 Apparently we lgbts in the United States and Europe are to blame for the harsh anti-gay laws they are trying to pushing in Uganda.

At least that's the case according to anti-lgbt activist Scott Lively.

An article with the right-wing LifesiteNews.com said the following:

While a proposed and much-criticized anti-homosexuality law in Uganda is definitely too harsh, the law comes as a direct response to the heavy-handed pressure from international gay-activist politicians on Uganda to accept homosexuality as normal, according to one Christian expert who was recently in the African country to testify against the current wording of the bill. In fact, as Dr. Scott Lively, the President of Defend the Family pointed out, the preamble to the bill, and the bill itself contain numerous references to stopping international pressure on Uganda to accept Western sexual values that are abhorrent to Ugandan culture.

. . . Dr. Lively, a pro-family activist and attorney based in California was in Uganda in March to testify before Ugandan legislators now considering the legislation. In an interview with LifeSiteNews (LSN), Dr. Lively explained that the impetus for the bill was "a lot of external interference from European and American gay activists attempting to do in Uganda what they've done around the world - homosexualize that society." One of their main concerns, explained Lively, "are the many male homosexuals coming in to the country and abusing boys who are on the streets."

Of course Lively provides no evidence of his charges, especially the claim about gays coming into Uganda to rape street children. And I still can't shake my shock at the implications of his statements.

So we are to blame because we are "forcing" people  to "accept homosexuality."


Read more »
Posted by BlackTsunami at 9:16 AM 5 comments: Links to this post