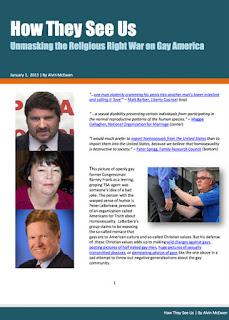 Three weeks later, he is astounded as to how successful the booklet, How They See Us: Unmasking the Religious Right War on Gay America, has been.

Since being published on the online site Scribd, the booklet has generated over 8,000 reads, over 81,000 embedded views and over 600 downloads.  It was also named to Scribd’s Rising List, which is a list of publications on the site generating many reads and views in a short amount of time.

McEwen credits the booklet’s success to fellow bloggers who, like himself, embedded the booklet on their sites and publicized it by word of mouth.

“This booklet wouldn’t have been as successful as it was without the help and promotion of many of my friends and people who believe in the work which I am doing. So I am extremely grateful for their help and encouragement,” McEwen said.

However, mainstream gay media attention has eluded How They See Us.

McEwen sent press releases to various large scale gay magazines and blogs with little success.  He said he understands the lack of attention by the mainstream gay media because of so many things happening in the gay community and the fact that he has neither a national name nor reputation.

For the most part, McEwen has received much positive feedback for How They See Us.  But as with all projects, there were a few complaints. Two complaints bothered McEwen tremendously.
Read more »
Posted by BlackTsunami at 8:14 PM No comments:

With news from coming in that the Boy Scouts may rethink its policy of keeping gays out, it didn't take long for the religious right to start pulling the pedophile card.

Allow me to decode what they are saying via Right Wing Watch: 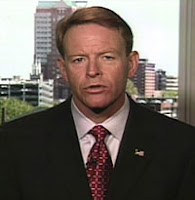 "The Boy Scouts of America board would be making a serious mistake to bow to the strong-arm tactics of LGBT activists and open the organization to homosexuality. What has changed in terms of the Boy Scouts' concern for the well-being of the boys under their care? Or is this not about the well-being of the Scouts, but the funding for the organization?

"The Boy Scouts has for decades been a force for moral integrity and leadership in the United States. Sadly, their principled stances have marked them as a target for harassment by homosexual activists and corporations such as UPS which are working to pressure the Boy Scouts into abandoning their historic values.

"The mission of the Boy Scouts is 'to instill values in young people' and 'prepare them to make ethical choices,' and the Scout's oath includes a pledge 'to do my duty to God' and keep himself 'morally straight.' It is entirely reasonable and not at all unusual for those passages to be interpreted as requiring abstinence from homosexual conduct. 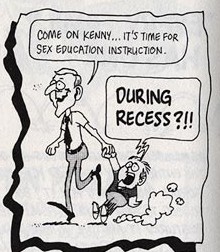 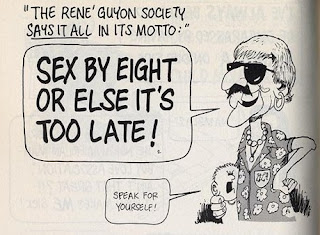 Lies unchallenged never change and they never die. Don't be fooled by the mock concern of Perkins and Fischer. I would bet my paycheck that when they heard of what the Boy Scouts were considered , they rubbed their hands thinking about the fundraising they are going to do off of it.

And trust me, they will fundraise. Why let a good gay = pedophile lie go to waste?

Posted by BlackTsunami at 3:03 PM 3 comments:

Politifact: NOM's Pants Are On Fire - The National Organization for Marriage is a sleazy organization which gets away with its continuous lies because the lgbt community and media is too blase to care and therefore the mainstream media follows suit. I mean really, how many of you just yawned while thinking of a snarky comment about NOM being caught in a lie again? We have to take this stuff more seriously and point it out every chance we get.

Non-discrimination bill passes in Va. Senate - Good for the Virginia Senate. But the Virginia House isn't necessarily looking in our favor.

Family to memorialize slain trans woman - We need to stand up for our transgender brothers and sisters.

Maryland Marriage Equality Leads To Big Paydays For Wedding Vendors - Sweeeeeet!
Posted by BlackTsunami at 8:57 AM No comments:

According to Alveda King, Martin Luther King, Jr.'s niece, African-Americans are angry at Obama and the NAACP for their stances on abortion, contraception, and, of course, marriage equality.

In fact, she is claiming that African-Americans are taking drastic action. King said the following in an article in the American Family Association's One News Now:


It is sad that national figures seem to always be followed by family members who do nothing more than ride their coattails to fame.

Fortunately, President Obama doesn't seem to have that problem with a personal relative. But, as a proxy, Martin Luther King, Jr's niece seems to be wanting to fill in the role.

Last year, I had to check Ms. King because I suspected that she told a blatant lie about Bayard Rustin, an openly gay aide to MLK and the coordinator of the 1963 March on Washington. At the time, she claimed that Rustin tried to persuade MLK into supporting gay equality and when he refused, Rustin resigned.

As a black gay man whose sees Rustin as a role model, I couldn't let that claim pass without calling her out. Subsequently, my demands for the truth led to a personal interview with Ms. King. This interview led me to believe that she was not only being deceptive about Rustin, but also her involvement in the Civil Rights Movement. She tried to talk over me when I asked her questions and ended the interview by hanging up on me.

This time, I don't think anyone needs an interview to refute Ms. King's charges about Obama and the NAACP. After all, Obama was elected with a landslide of electoral college votes as well as the popular vote. And an enormously large part of that was the black community.

Furthermore, just how many African-Americans are burning their NAACP membership cards? One person? Two people? Three? And just where is this "growing" movement of African-Americans calling for the NAACP to "repent?"

Ms. King seems to be speaking in generalities but if one asked her for particulars, I doubt she could point out any of them.

She really should give it up because she is fooling no one but the willfully ignorant. She is a poseur and a fake. And not even a good one.
Posted by BlackTsunami at 4:57 AM 3 comments: