Out all of the folks on the right eating crow due last week's midterms, the sweetest to watch are the anti-LGBTQ groups and personalities who attempted to exploit bigotry to get their favorites into office.

Ari Drennen and Media Matters for America pointed out how several personalities took it upon themselves rub our faces into our anticipated midterm losses.

There was Matt Walsh. 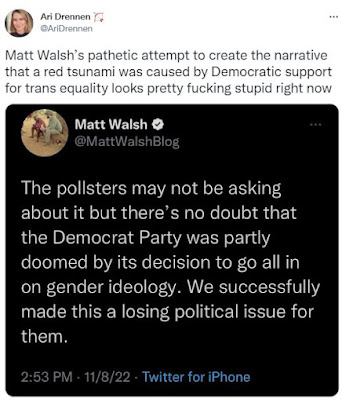 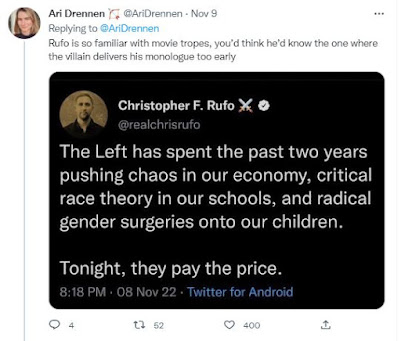 Ms. Drennen pointed out something about Rufo which I found hilarious. He does have a tendency of bragging about his upcoming nefarious plans as if he were a James Bond. For that reason, I've nicknamed him "Little Blofeld." I don't think he appreciated that because he blocked me.

But the one group which takes the prize when it comes to embarrassing pre-celebrations of the midterms has to be the American Principles Project and its president, Terry Schilling. APP led the charge of far-right groups with a lot of cash and an aim of influencing the midterms by making people think that the Democrats are trying to turn their children transgender.

Their overall goal was to mingle in the predicted "red wave" and then use that success to grab more cash and more influence to spread more lies about the trans community.

According to Media Matters, Schilling sent out the following tweets on Election Day last week before the votes were even tallied: 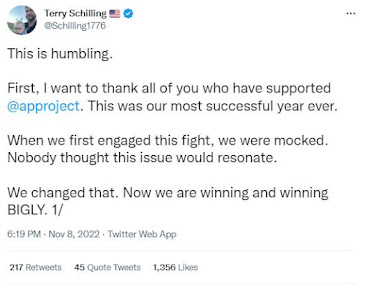 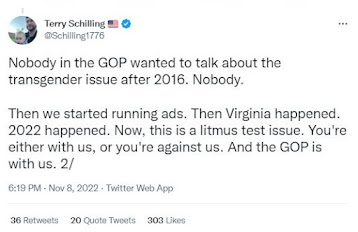 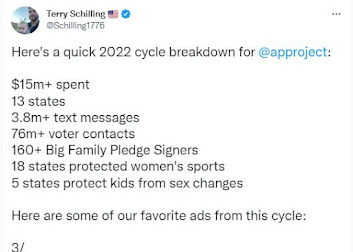 As it turns out, the ads are now kinda my favorites too. And I will tell you so before each one. I think you will figure out what I like them so much.

There was this ad they ran against Arizona Senator Mark Kelly. He was re-elected. 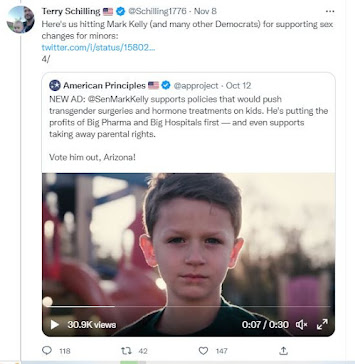 Then there was this ad against they ran against Maine Governor Janet Mills. She was re-elected by double digits. 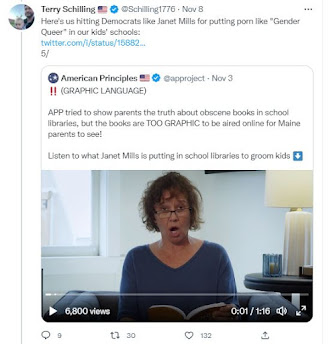 There was this ad against Nevada Senator Catherine Cortez-Masto. She also won reelection. In fact, it was her victory which allowed Democrats to retain control of the United States Senate. 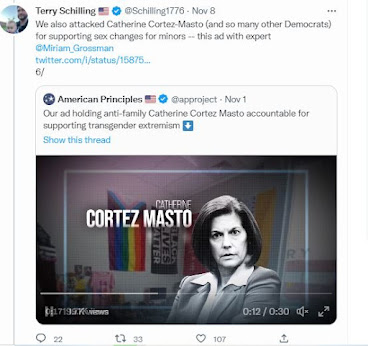 This ad was against Wisconsin Governor Tony Evers. He also won re-election. 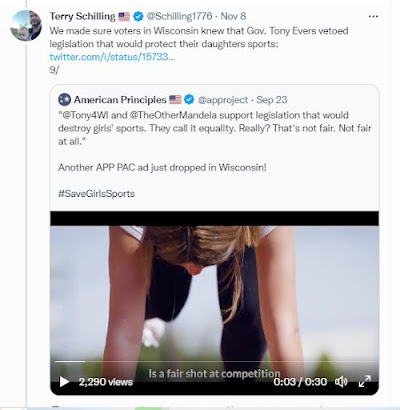 The group also supported Michigan GOP nominee Tudor Dixon and U.S. Rep nominee John Gibson in the Republican primary when they defeated their opponents. In the general election however, both Dixon and Gibson lost to the Democratic incumbents. 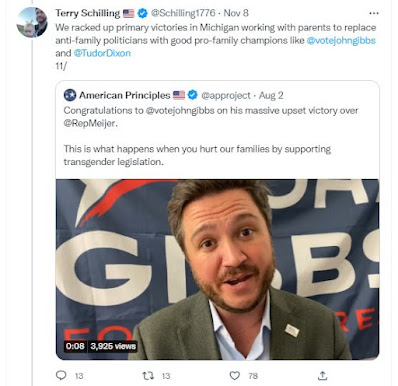 Of course Schilling had to brag about AAP's first victory - helping Glenn Youngkin defeat Terry McAuliffe in the race for VA gov, marking the occasion by designating McAuliffe's loss as the first "scalp" on a wall they are hoping to create. 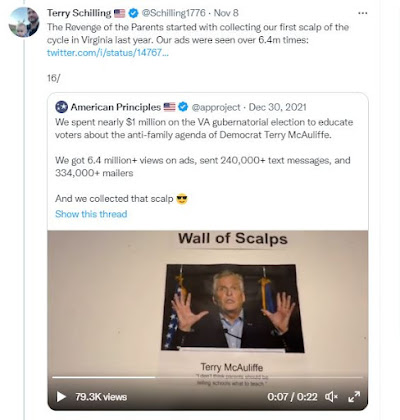 And Schilling's bragging ends with the following. 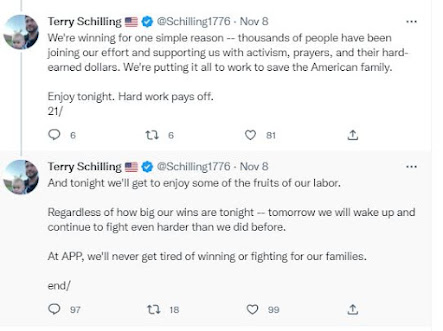 But as we know, APP is not winning. The "red wave" the group was trying to attach itself to didn't materialize. And their attempt to transform transphobia into a winning midterm issue also failed.  So what has Schilling been tweeting now? A jumbled hodgepodge of blaming Mitch McConnell, blaming the entire GOP, claiming that the opponents his group supported weren't really that good, whining that a lot of people do not want to support 'culture war issues.'

Schilling is basically trying to distract from what a gigantic ass he and his group made of themselves. And that should tell us something. They may have lost huge this time but they won't be backing down. With their money and the influence they do have in far-right circles, I am sure we are going to deal with APP repeatedly in the future. It's sad, but it's also a fact.

But we have a victory over them. And with that victory, we know their routines and gimmicks. Schilling was so nice to give us a front row view of it all. Let's take advantage of his generosity.