As far as I can tell, the group's attacks against the Southern Poverty Law Center in Hawaii have been failing.

However, the FRC remains under the illusion that SPLC is being disgraced and embarrassed and not just in Hawaii.

It hasn't exactly been a banner week for the Southern Poverty Law Center, which not only lost the support of the FBI but just yesterday, lost a federal court case as well. The defeat, combined with all the negative press over the government's growing wariness of the organization, is complicating matters for the once-prominent "civil rights" group. SPLC's most recent blow came at the hands of District Judge Wiley Daniel, who found no compelling evidence that the Public Advocate had acted improperly in using a photograph of two homosexuals in a mailing about candidates for state office. So ridiculous was the suit, Daniel found, that he dismissed it, insisting that it was well within Public Advocate's First Amendment rights to speak freely about same-sex "marriage."

"Public Advocate['s] actions are evidence that same-sex marriage can -- at the very least -- be considered as relating to political concerns of the community. Therefore," the court ruled, "I find that the mailers reasonably relate to a matter of public concern." For SPLC, which has been grasping at credibility since being linked in federal court to domestic terrorism, this was just another desperate attempt to cripple conservative organizations with expensive and frivolous legal suits that distract from their core mission. Fortunately for the Public Advocate, this latest victory only compounds SPLC's PR problems. If the group thought it was difficult to maintain government partners before, that task is becoming more complicated by the day.

First of all, SPLC has not lost the support of the FBI. FRC links to a piss poor article in the Washington Examiner making this claim, just like many conservative and anti-gay sites did . . . last week. The claim was also debunked last week.

According to Equality Matters:

While right-wing media gleefully pounced on the FBI's decision to remove non-government organizations from a list of "resource" groups on a civil rights page, that decision applied to all non-government organizations, including groups like the Anti-Defamation League, equally. The bureau's website still lists the SPLC as a "public outreach" partner in the fight against hate crimes.  Days before the Times published its editorial, the FBI contradicted the right-wing media narrative that by telling the Daily Caller that the bureau continues to receive support "from a variety of organizations," but had simply "elected not to identify those groups on the civil rights page."


FRC's second claim is another lie. Judge Wiley Daniel did not totally dismiss the suit. He dismissed only a part of it.  He agreed that the defendants had a First Amendment right to use the picture of the gay couple.


. . . Daniel did not dismiss the claim of copyright infringement, rejecting the defendants’ argument that lifting a photo off the Internet and superimposing it onto a new background falls under the doctrine of fair use. Fair use arguments can be upheld if original works are used for educational purposes or if it’s “highly transformative,” meaning that it had been altered so much that it takes on “new expression, meaning or message,” according to Daniel’s order. The judge found that neither was the case in this instance and refused to dismiss the copyright claim.


So basically,  FRC is continuing its vendetta against SPLC for being called out as an anti-gay hate group and is looking mighty ridiculous.

Keep it up, Family Research Council. The only person you are helping with your pathetic vendetta is me. Every time I am able to expose your lies,  my hit counts grow astronomically. And more people become aware of how phony you are.

Posted by BlackTsunami at 1:21 PM No comments:

Mark Regnerus will never learn - Standard anti-gay practice; when discredited by the courts, blame the judge. Mark Regnerus definitely has sadomasochistic tendencies. I say we accommodate him in that respect.

Mississippi Legislature Passes ‘Religious Liberty’ Bill That Legalizes Discrimination Against Gay People - Well shit. You really didn't it would be over because of Arizona, did you

‘Day Of Dialogue’: Focus On The Family’s Sugarcoated Attempt To Promote Ex-Gay Therapy In Schools - Almost time for this mess again.

Pastor Rick Warren Still Hasn’t Owned Up To His Role In Creating Anti-Gay Climate In Uganda - Just sad.
Posted by BlackTsunami at 8:51 AM No comments: 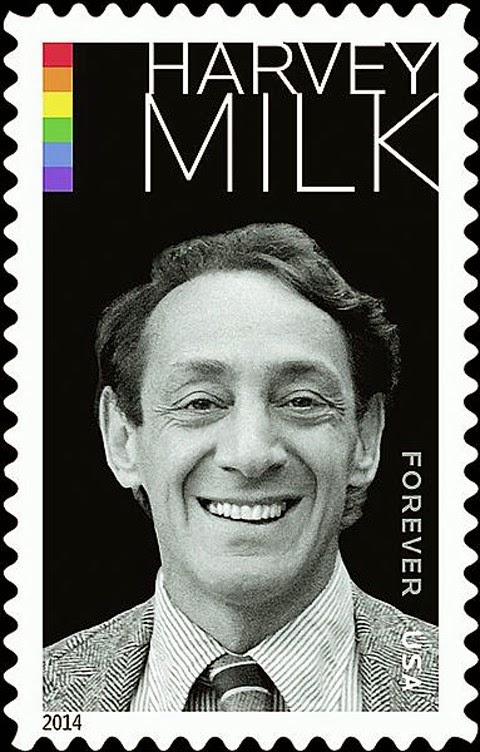 This postage stamp of Harvey Milk is, in the words of Vice President Joseph Biden, a BFD.

And it's a start. In the future, I hope that the U.S. Post Office will honor more lgbt leaders and heroes with postage stamps.

Hat tip to GLAAD.
Posted by BlackTsunami at 7:32 AM 1 comment: