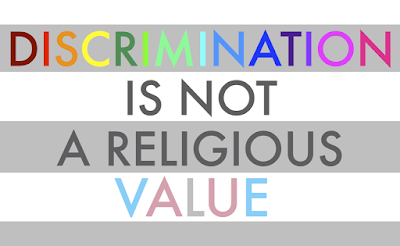 As far as the Family Research Council is concerned, it doesn't matter if Trump is tanking our economy, causing people to be more violent against each other, and basically wrecking the integrity of our nation and the office of president. As long as he continues to do stuff like making it easier for federal contractors to fire or not hire unmarried pregnant women or members of the LGBTQ community, he's the Second Coming of Jesus as far as the group is concerned:

“Given recent decisions by the United States Supreme Court protecting religious liberty, today the Department of Labor issued a proposed rule clarifying the rights of religious employers to contract with the Department without being forced to violate their conscience rights. This is in keeping with our nation’s history of respect for moral and religious beliefs.

“Family Research Council applauds the Department for taking steps to ensure that religious employers are free to operate according to their religious beliefs without fear of government punishment,” concluded Waddell.

U.S. businesses with federal government contracts would be allowed not to hire LGBT+ candidates on religious grounds under a proposed rule announced on Wednesday by the U.S. Department of Labor. The policy change would state that government contractors, including universities, hospitals and corporations, can claim religious exemptions in employment decisions if they can produce evidence of “religious purpose” in their organization.

The policy, overseen by the Office of Federal Contract Compliance Programs (OFCCP) which sets anti-discrimination rules for businesses working with the government, would weaken an LGBT+ nondiscrimination order by former U.S. President Barack Obama.

. . . About one in four workers is employed by a government contractor, according to the American Civil Liberties Union (ACLU).

Opponents expressed concern that the rule amounted to tax-funded discrimination against vulnerable populations, including single mothers and LGBT+ Americans.
They also criticized a potentially loose interpretation of what constitutes a religious contractor, saying that was both deliberate and dangerous. Government contractors would be able to site evidence of religious purpose through founding documents, articles of incorporation or other means under the new policy.

“This proposal guts the executive order without having to take the step of removing it,” Ian Thompson, a senior legislative representative for the ACLU told the Thomson ReutersFoundation.

“This is about religiously motivated discrimination.”


So not only does this rule allow federal contractors to discriminate and receive tax dollars from the folks they are discriminating against, but it also furthers the false narrative of LGBTQ rights vs. religious freedom. It is a narrative solely created by groups like FRC in retaliation to lose the fight against marriage equality.

So why am I am posting FRC's cloying press release? Strictly for the sake of guile and remembrance. When Trump's incompetence comes back to completely bite folks in the ass - and it will - just in case certain groups attempt to downplay their coziness to Trump . . . well there's a lot to be said about throwing things back in the faces of folks  who deserve it.
Posted by BlackTsunami at 5:05 PM No comments: 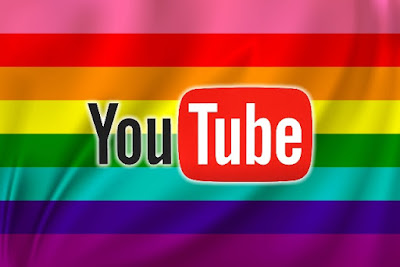 LGBTQ Creators Are Suing YouTube For Discrimination - And I hope they win.


Bus driver leaves passengers stranded after deciding vehicle is gay and he is offended - What in gay hell . . .

IMDb announced that it will no longer deadname transgender celebrities - About time.

Proposed anti-LGBTQ Labor Department rule would let federal contractors discriminate - Oh no you don't, Trump. You KNOW you are going to get sued.
Posted by BlackTsunami at 8:37 AM No comments: