I've never been a fan of Star Wars movies (shut up), but the upcoming chapter of the series, Star Wars: The Rise of Skywalker, has people excited by a number of reasons including the following from the New York Daily News:

J.J. Abrams’ latest “Star Wars” offering may have finally adapted to modern times. During an interview promoting the upcoming film, “Star Wars: The Rise of Skywalker” on Tuesday, the filmmaker teased that there will be LGBT+ representation. While some fans have hoped for a gay romance between Finn and Poe (played by John Boyega and Oscar Isaac) , nothing has quite materialized as of yet. But Abrams, who said that he’s always tried to find a cast that “looked more the way the world looks than not,” isn’t ruling out the possibilities. “In the case of the LGBTQ community, it was important to me that people who go to see this movie feel that they’re being represented in the film,” he said.


Knowing how conservatives and the anti-LGBTQ industry are, I'm sure that they will be milking the fake outrage teat for all its worth. Remember how they flipped out over a gay character in Beauty and the Beast?

And apparently one has started early with this probably soon-to-be overblown drama.

Read more »
Posted by BlackTsunami at 4:40 PM No comments: 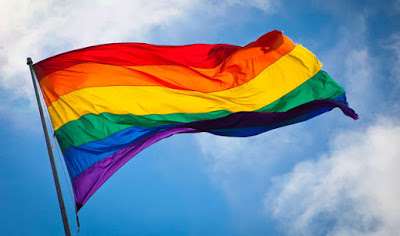 Judge refuses to perform gay marriages because she doesn’t want “to offend” God - New cause celebre of the anti-LGBTQ industry no doubt.

Boy's relative abandoned him on the side of the road because he thought the boy was gay: Police - Disgusting. Put his ass UNDER the jail.

The UK used to be LGBTQ-friendly. What happened? - TERFS, etc.

Posted by BlackTsunami at 8:49 AM No comments: