SC colleges win round over legislators with regards to gay issues 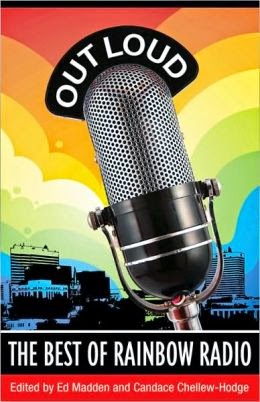 
Senate budget writers voted Wednesday to restore about $70,000 in state money to two S.C. colleges, money the S.C. House voted to cut for assigning gay-themed books. The Senate’s Finance Committee voted 11-7 to restore the money to the budgets of the University of South Carolina-Upstate and the College of Charleston.By removing the money, critics said legislators improperly had interfered with the academic freedom of higher education institutions.


The money had been initially taken away as a sort of punishment because the two colleges offered books featuring gay-themed issues for students to read. Legislators labeled one book, Fun Home, as pornographic and said the other, Outloud: The Best of Rainbow Radio, didn't represent South Carolina values.  The controversy was exacerbated over a now-canceled lecture which one legislator claimed was to "recruit" students into being gay. Needless to say, the entire ado became national with many weighing in and it's safe to say that the majority of folks were not on the side of the legislators. Even South Carolina's governor, Nikki Haley, defended the colleges.

One legislator, who supported the removal of the monies, voiced his weariness of the entire situation.

State Sen. Mike Fair, R-Greenville, who supported the House’s decision to cut the money, said the controversy has been uncomfortable for those who support higher education. “I’m tired of throwing rocks,” Fair said, adding he thought the universities made efforts to respond to lawmakers’ concerns.


Still, according to The State, Fair voted against restoring the money.  In addition, the issue is not over just yet. There will be a joint House/Senate conference committee which will debate the final budget.

So what happens next is anyone's guess.

For SC State Senator Mike Fair, it's all about 'gay sex'

Posted by BlackTsunami at 9:53 PM No comments:


Why hasn’t Shepard Smith come out yet? The affable Fox News anchor has a longtime boyfriend, ranks among Fox’s most senior talent, and lives in New York City. It could be, of course, that he’s just a very private person, or—as the Times argued in October—that public attitudes have changed and nobody cares if a famous figure is gay.

Or it could be that, when Smith tried to come out last year, Fox silenced and punished him. In the summer of 2013, according to multiple sources with knowledge of their exchange, Shepard Smith approached Fox News president Roger Ailes about publicly coming out. The newly attached anchor was eager, at the time, to finally acknowledge his sexuality. “It’s time,” he told Ailes and other colleagues. “It’s time.”

Instead, Ailes informed Smith that the network’s famously conservative audience would not tolerate a gay news anchor. Ailes’ answer was definitive: Smith could not say he’s gay. “This came up during contract negotiations,” a Fox insider told Gawker. “Shep wanted to and was ready to come out, and Roger just said no.”

Smith, one of Ailes’s first and most loyal disciples, acquiesced to his boss’s demand, and dropped the matter. But the discussion worried enough Fox executives to prompt Smith’s removal, in September 2013, from the channel’s coveted prime-time lineup. According to a Fox insider with direct knowledge of negotiations, Smith’s desire to come out was a large factor in the dramatic move.


You can read more of the story here, including the following statement from Ailes and Smith:

This story is 100% false and a complete fabrication. As colleagues and close friends at Fox News for 18 years, our relationship has always been rooted in a mutual respect, deep admiration, loyalty, trust, and full support both professionally and personally.

Posted by BlackTsunami at 3:13 PM No comments: 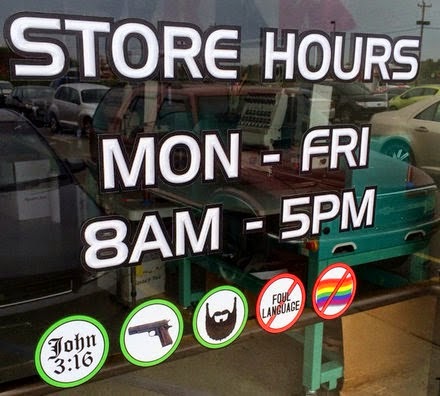 Picture a future where the signs will include African-Americans or Jewish people. We have already gone through a past in which segregation wrecked a community's power to move forward. Do folks really want to go back to that?  Imagine what viewing this could do to an lgbt child or a child with lgbt parents.

Picture from and more details courtesy of  Kentucky Print Stop: We Still Hate Gays, But We've Taken Down That Sticker

The One Religious Liberty Case Anti-Gay Conservatives Want To Ignore - They want to ignore this lawsuit because it's making them nervous. It takes the idea of "religious liberty" and puts it on the side of lgbt-inclusive churches.

Watch A Transgender Activist Ask A Television Host To Prove Her Womanhood - This interview - which could also be used with men - proves a good point.

A Gay Dad Recognizes His Real Life In Nabisco's Inclusive Honey Maid Ad - I apologize for not including more stories like this one. The stories of gay families need to be told often.

Rumor control has it that former NOM head Maggie Gallagher continues to resurface now and again as a prophet of doom to her side of the marriage equality argument. Apparently she is constantly saying that those against marriage equality have lost the argument.

With that in mind, enjoy this video of what I consider a turning point of NOM's past dominance of the marriage equality fight. In 2012, it was discovered, via court documents, that the organization had planned to play the black and gay community against one another on the subject of marriage equality. The ultimate goal was to cause a problem for President Obama in his upcoming re-election.

When news of this came out, NOM was thrown for a serious loop and the organization didn't respond to the news for a couple of days. Here is Gallagher trying to play it off on MSNBC in one of her first interviews after the news of the wedge strategy came out: