I don't think anyone can honestly say when right-wing attack on drag queens and other facets of our community via Libs of TikTok and other sources began. But I am going to go off on a limb and make two observations.

1. That this was planned.

2. It was leading to something.

And that something is an attempt to push a national version of Florida's 'Don't Say Gay' law. I've blogged about it before, but it's very crucial that the LGBTQ community learn more about it and prepare ourselves to fight it because it's coming in one form or another. Folks have pointed out that even if the bill can get out of Congress, Biden would veto it.

That may be, but Biden can't veto statewide forms of the bill. In the meantime, these videos courtesy of MSNBC gives a good breakdown of what LGBTQ Americans will probably be facing in the future 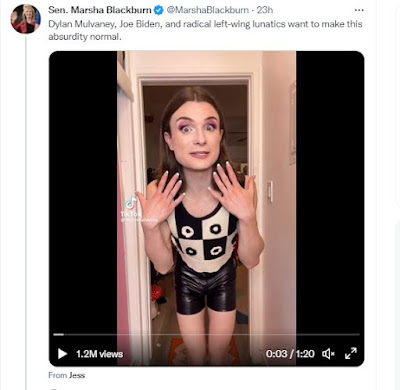