From Dominic Holden at Buzzfeed comes news that House Republicans just advanced an amendment out of committee which would allow adoption agencies to discriminate against gays while still helping themselves to gay tax dollars under the guise of "religious liberty."

The House Appropriations Committee advanced the amendment, introduced by Alabama Rep. Robert Aderholt, that says adoption agencies declining a child welfare service based on “sincerely held religious beliefs or moral convictions” could not be punished.

Specifically, agencies that reject applicants, including gay couples and divorcées, based on religious objections, could not be denied federal funding. Nor could a state deny funding to agencies if it receives federal funding for child welfare services under the Social Security Act.


According to Holden's article, the amendment goes in front of the entire House as a part of the federal budget where it could face opposition - or rather HAD BETTER face opposition - from Democrats and moderate Republicans.

Holden also pointed out that Alabama Rep. Robert Aderholt, who introduced the amendment, sent out the following tweet:


Today my colleagues and I of the @HouseAppropsGOP passed my amendment which prohibits the discrimination of child welfare providers based on religious beliefs or moral convictions.
— Rep. Robert Aderholt (@Robert_Aderholt) July 11, 2018

Conveniently Aderholt failed to address the lack of fairness in making LGBT taxpayers give their hard-earned monies to groups which would freely discriminate against us.

But they will bend over backwards to screw with us.

Y'all probably know what I am going to say, but I will repeat myself anyway.

We told folks that this nonsense about "religious liberty" wasn't just about cakes or flowers at gay weddings.

It's about weaponizing religion, one particular religion - i.e. conservative evangelical Christianity  - to create a legal right to discriminate against the LGBT community.  I hope it makes you angry enough to raise hell to your representatives, friends, and neighbors, and especially to vote in November.
Posted by BlackTsunami at 4:27 PM 1 comment: 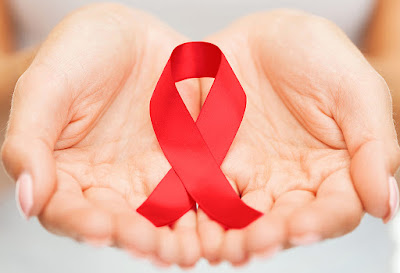 Trump Administration To Pay For Detention Of Migrant Children By Siphoning Funds From HIV/AIDS Program - THIS IS WHY YOU DON'T PLAY GAMES WHEN VOTING, PEOPLE! It's bad enough that they are detaining migrant children, but now they are causing potential problems for those who have HIV/AIDS to pay for it. A flippant policy by a shitty leader can have terrible repercussions. It reminds me when Romanian leader Nicolae Ceausescu banned contraception and would not test the blood supplies in that country for diseases. It didn't end happily for anyone, not the scores of Romanian children who became infected with HIV/AIDS and definitely not Ceausescu.

The ‘Minor Attracted Persons’ Flag Appears to Be a Hoax to Connect LGBTQs with Pedophilia - Meanwhile, we got hoaxes left and right attempting to mess with our community.

‘Out and Sober’ group helps LGBTQ people with substance abuse recovery - I can push happy news too.

‘Feminists’ Who Exclude Trans Women Aren’t Feminists At All - If there one thing I HATE, it's LGBTQ people who will work with the anti-LGBTQ right to harm their own people. And I really despise TERFs for doing it.

Trumpvangelicals use Christianity to oppress minorities — the #SlaveholderReligion hashtag highlights how - So true. Say it again!
Posted by BlackTsunami at 9:14 AM No comments: