Ever since his stellar work in the legendary motion picture Psycho (1960), the late Anthony Perkins was forever typecast as either a jittery momma's boy or a borderline maniac on the brink of going off.

And his work in the Diana Ross vehicle, Mahogany (1975), was an extension of this.

In this movie, where Ross portrays a woman from the ghetto who becomes a successful fashion model then designer, Perkins portrays the photographer who discovers her, christens her as "Mahogany," becomes her champion, and then tries to kill her.

And he does all of this because he supposedly is in love with her. However, Perkins's character has a problem with accepting his homosexuality, as this scene shows him pathetically trying to seduce Ross. When the sex doesn't work out, he turns on her, humiliating her little by little (ignore the brief interlude with Billy Dee Williams fighting the dock worker):

Finally, everything come to a head in this scene, when he attempts what almost every self-hating gay man in the movies does - suicide. However, he is intent on taking Ross with him (the good part starts at .30 seconds):

It's interesting to see Perkins play this character because he was bisexual in real life.

Teacher claims admin unresponsive to bullying - Then they need to get on the ball.

WATCH: CNN's T.J. Holmes Interviews Daniel Hernandez - Lgbt role models needs as much press as we can give them.

Wingnuts Back Crazy Eyes 2012 - Michele Bachmann and the religious right - a match made in the inner sanctum of an insane asylum.

BET looks at lgbts of color, destroys myths about being gay

Black Entertainment Television has done something extremely positive and it needs to garner more attention.

On its website, BET has a huge feature spotlighting issues of lgbts of color.

This feature spotlights 36 prominent lgbts of color including: 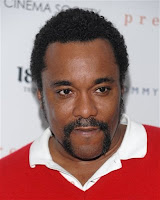 The webpage also refutes - in very short fashion -  12 myths about the lgbt community including such questions as:


In addition, BET also showcases 10 films dealing with gay issues and spotlights entertainers who have shown support for the lgbt community.

And I seriously doubt that you will be hearing any pushback from folks like Peter LaBarbera and organizations like the Family Research Council talking about "balance" and "showing the other side of the argument."

You see one thing that people have overlooked when it comes to talking about the lgbt community of color is the fact that the religious right are deathly afraid of entering into any conflict with us. Oh sure they play up the gay vs. black conflict as sort of a "divide and conquer thing," but they don't want to directly confront us lgbts of color because they are afraid of being seen as racist.

It's in their best interest to keep the black and gay community angry and divided. However, with this spotlight, BET demonstrates that both communities need to get over their differences because they have more in common than realized.

Posted by BlackTsunami at 4:32 AM 2 comments: