Would gay people please stop trying to dictate how to be gay to other gay people?

Apparently to some in the community, LGBTQ folks wanting families are trying to copy heterosexual lives. Those complaining are the same type whining that LGBTQ people are becoming too "mainstream" and are losing our 'sense of danger' and adventure. What kind of nonsense is that? If you ask me, I think some members of our community have romanticized certain behaviors and actions which we had to undertake in the past because the homophobia in society made it so difficult for us to have decent relationships.

I am not a self-hating gay guy but it makes me bristle when I hear people whining about we are too "mainstream" or respectable, as if someone gave them the right to dictate how LGBTQ people are supposed to be. I always want to know who gave them the right to determine or mandate these things? Who are these folks to interject themselves into the individual lives of LGBTQ people and start tossing out rules of conduct. The fact of the matter is that some of us do want the life with the one partner, the white picket fence and maybe the 2.5 kids. And some of us don't. There is nothing wrong with either desire so what's with some folks wanting trying to make it all a competition? What's with all of the shaming?
I hated it when homophobes wanted to limit me based upon their ignorant definitions of who I am. I equally despise being told by members of my own community that my life and desires as a gay man  are artificial because they don't measure up to some legendary stature of homosexual 'coolness' which they conjured up in their minds. And I really despise it when someone throws academic or esoteric language at me; language which they obviously got from a confab of out-of-touch progressives who think they are going to change the world for the better while embracing the same tools of oppression used by anti-LGBTQ bigots.
This is what I know - I have never regarded being gay as daring or adventurous. I do not see myself as a 'sexual outlaw' or engaging in 'respectable politics.' My desires are not a representation of a self-hating homosexuality. I am a Southern gay black male. As such, my life has value in and out of the community.  My desire for perhaps a simple date and maybe a slow dance to a nice 50s tune isn't any indication of how I supposedly want to mimic heterosexuals. Nor is any other desire I may have for a family and children.  They come from me wanting to define my life by my own terms. I will not bow and scrape to anyone else's orthodoxy of the LGBTQ community no matter if it's one created by the religious right  or another being forced upon me by self-entitled LGBTQs with an inflated sense of their own ideas.
I have no time for folks with their noses so high up on the air that they can't even smell their breathe, no matter which side of the spectrum they come from.
And neither should anyone else in the community.
Posted by BlackTsunami at 4:43 PM 2 comments: 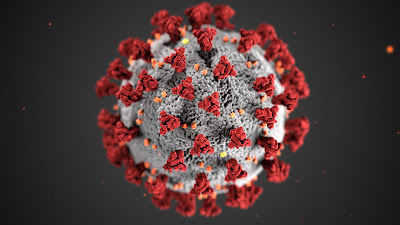 Oregon School Board Passes Motion to Ban Pride Flags, BLM Signs - Come on folks. This is some straight-up nonsense.

LGBTQ freedoms — all of our freedoms — depend on restoring voting rights - Amen!

Countries urged to offer refuge to LGBTQ Afghans - And QUICK!!