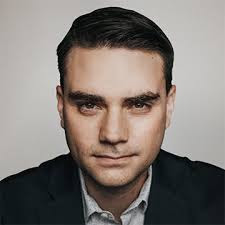 Editor's note - This isn't necessarily LGBTQ related but it's campy as hell. And in keeping with my new policy of providing a bit of comedy every now and then to get us through the Trump years (and the fact that I had an awful day concerning politics and LGBTQ people), I thought this would be very appropriate. You're either going to laugh or get violently ill.  Or both.

If you haven't heard of the song 'WAP' by name, you are either too old or in a coma. It's the newest hit by rappers Cardi B and Megan thee Stallion.  It's already a monster on the charts, helped along by a very interesting video. The song itself isn't exactly boring. The acronym "WAP" stands for "wet a$$ p#ssy," which Cardi and Megan brags about in terms of the sexual and financial power it gives them over men.

Yeah, the song is raunchy - a bit too much for my taste - and highly controversial. So controversial in fact that conservative pundit Ben Shapiro took time out of his busy day of griping and whining (the usual conservative gimmick of grievance politics) to read the lyrics. I guess he was attempting to shock people. What he actually accomplished was a self-own so brutal that someone put it to music.

So without further ado, here is the 'WAP' remix featuring Ben Shapiro in all of his neebishness.

Just in case you're wondering, the answer is yes. People are laughing at Shapiro, especially Cardi B. Why should she be alarmed? The video has already been watched over 70 million times. And Shapiro's failed attempt to harm the song means more views and more money.

What I want to know is when will Shapiro be making an answer song, 'DAP.'

I think y'all can figure out what that stands for.
Posted by BlackTsunami at 5:03 PM No comments:

Christian conservatives are enraged over a lesbian wedding in an upcoming movie - Guess who?

I’m 57 Years Old And My Father Just Disowned Me For Being Gay - Such a heartbreaking story.