There are many, many people of faith, progressive houses of worship fighting out and proud against Amendment One in solidarity with their LGBT neighbors who will be hurt by it, should it pass. On the other side? A man reveling in shooting up an anti-amendment sign, and now this news of a pastor in Fayetteville, Sean Harris, of Berean Baptist Church, whose loving message for parents of a child who might be gay — just beat it out of him.  Sickening. (Via JMG and Good As You):

"So your little son starts to act a little girlish when he is four years old and instead of squashing that like a cockroach and saying, “Man up, son, get that dress off you and get outside and dig a ditch, because that is what boys do,” you get out the camera and you start taking pictures of Johnny acting like a female and then you upload it to YouTube and everybody laughs about it and the next thing you know, this dude, this kid is acting out childhood fantasies that should have been squashed.

You say, “Can I take charge like that as a parent?”

Yeah, you can. You are authorized. I just gave you a special dispensation this morning to do that."

You may hear folks laughing in the background, but this is hardly funny. Perhaps Harris (I refuse to dignify this sick man by calling him a pastor) should read about children beaten and murdered for being gay or suspected of being gay,

Pay attention particular attention to the story of Ronnie Harris: 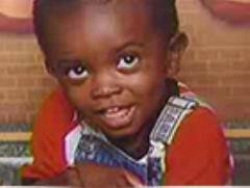 Ronnie Paris Jr. was a three-year-old boy who died after repeated abuse from his father, who feared that the boy was gay. The abuse that eventually led to the death started as early as when the boy was one year old. In May 2002, Paris was removed from his parents' home after the Florida Department of Children and Family Services found him malnourished and with a broken arm.

More than two years later, Paris was returned to his birth parents and the abuse continued. Just six weeks after he was moved back into his parents' home, Paris slipped into a coma while the parents were at a bible study. The child remained on life support for six days before the support was removed and he died.

Paris' mother, Nysheera Paris, told authorities that the boy's father, Ronnie Paris Jr. abused the boy because he was afraid that the son would grow up gay. This conversion abuse involved father-son boxing matches to toughen up the child but was nothing more than slapping and hitting Paris until he would cry and shake.

If Amendment One passes, that would mean North Carolina would supposedly "save marriage," right?

Then who is going to save our children from the supposed "defenders of marriage?"


(Editor's note - if this makes you mad, then good. But I implore you not to trade evil for evil. Do what you can to bring attention to this awful mess. Blast this all over!)

Posted by BlackTsunami at 3:03 PM 5 comments:

From Think Progress, an item which needs to repeated as is:

Jeremy Hooper has been documenting the many vile, incendiary things that proponents of North Carolina’s Amendment One have been saying about the LGBT community.

Surprise, surprise: Vast majority of #Amendment1 cash comes from NOM, Catholic church, Christian groups - A feeling of entitlement and an assload of money to back it up. It's a deadly combination.

A Call to Stop the Killings in D.C. - Our transgender brothers and sisters in D.C. need our prayers and support.

Fischer: 'It's Perfectly Appropriate to Discriminate Against' Homosexuality - Because apparently Bryan Fischer not only sits on the right hand of God but had a hand in writing our Constitution. And people wonder why are lgbtqs so angry?

Lie about gay assault backfires on NOM in North Carolina

In 2008 in the aftermath of the Proposition 8 vote, the National Organization for Marriage was able to spin a story of gays allegedly assaulting an old woman to raise its profile and embarrass the gay community.

The Vote YES For Marriage NC campaign is reporting on Facebook that an elderly woman who refused to surrender her "vote yes" sign was beaten by a gay marriage advocate.

I knew of at least one case like this in California. This comes from "de-legitimizing" your opponents, claiming there is no possible argument for any point of view but your own.

I hope North Carolina does not become a repeat of the harassment and occasional violence we saw in California:

Gallagher was probably referring to the case of Phyllis Burgess, a woman who was allegedly assaulted by gay equality supporters during the aftermath of the Proposition 8 vote. On camera, Burgess was shoved and had a styrofoam cross ripped from her hands.

NOM and the rest of the religious right consistently brought up this camera footage as proof that gays are pushy and violent when we allegedly can't get our way.

However, they only told part the story.  The real story was that Burgess did not inflame the crowd by her views, but her actions. She allegedly elbowed her way to the front of the group so that she could be seen on camera. And in doing so, she allegedly knocked a disabled man to the ground.

How the religious right spun that story was no doubt fresh in the mind of Joe Jervis from the blog Joe.My.God because he investigated the North Carolina incident. This is what he found:

Guess what? The story was a lie.

According to Detective Branch, the woman in question was not in her own yard, as was implied by Vote For Marriage NC, she was at another house "looking for her sister." Branch told me that there the woman may have argued with a man about a yard sign, but Branch didn't know where that sign may have been located or for which side of the marriage issue it advocated. It's possible that she was complaining about the other man's own yard sign. There may have been no yard sign at all.

Robeson County officers advised the woman that if she wanted to pursue charges about having her car door slammed on her as she left the man's house, she could file for a misdemeanor charge of simple battery. Branch said no such claim was yet on record.

Does anybody want to take odds that Vote For Marriage NC confesses to their numerous outrageous lies about this concocted event?


Check out the rest of the Jervis's blog entry for how many times Vote for MarriageNC changed its tweets on the matter.

The irony is that while NOM and Vote for MarriageNC  spins their false story, they conveniently miss an actual story of a man shooting an anti-Amendment One sign allegedly on his neighbor's property:

Kismet is indeed a harsh mistress, isn't it, NOM?

Posted by BlackTsunami at 4:56 AM 4 comments: