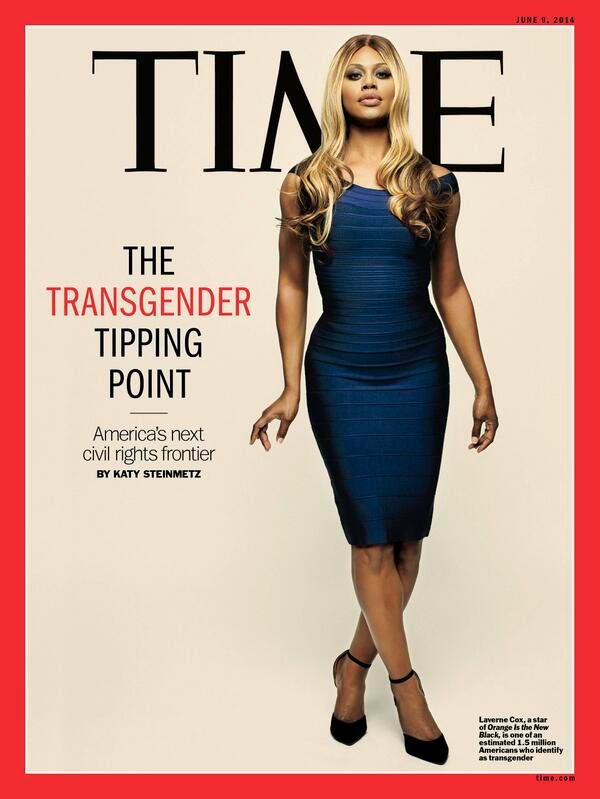 Why Time’s Profile Of Laverne Cox Is A Big Step Forward For Transgender Equality - History has been made as Laverne Cox becomes the first transgender person to make the cover of Time magazine. And the sets of articles in Time magazine in this issue are awesome, too.

Audio: 'Unbiased researcher' (ha, ha, ha!) Mark Regnerus plays anti-equality pundit, adviser - History will remember how the lgbt community quickly and mercilessly dismantled the lies of Mark Regnerus as an example of us learning quickly about the dangers of allowing junk science study purveyors to spread their nonsense unchallenged. (After all, we are still cleaning up the lies of Paul Cameron decades later).

Alan Keyes Claims Gay Rights Will Lead To 'Self-Inflicted Genocide' And 'Suicide For Humanity' - And when history also remembers that it was Alan Keyes who President Obama thrashed in the race for the Illinois U.S. Senate seat and that victory helped pave his way to the White House, a huge cry of THANK GOOOOOOD!! will be heard from future generations.

Texas Religious Right Leader Warns LGBT Protections Will 'Terrorize Women And Children' - OR how the religious right lies in the name of God.
Posted by BlackTsunami at 9:02 AM No comments:

Former Secretary of Defense and new head of the Boy Scouts of America Robert Gates recently said he would have allowed openly gay Scoutmasters but does not wish to revisit the issue just yet.

And like they always do when it comes to issues involving lgbts, some anti-gay activists heard what they wanted to hear and proceeded to go ballistic about it:

Matt Barber of Liberty Counsel Action, and founder of Barbwire.com, says Gates should have seen the impact of repeal of the ban on open homosexuals in the military.

"With homosexual assaults on men in the armed forces particularly skyrocketing," says Barber. "Since 'Don't Ask, Don't Tell' was lifted, upwards of more than a third increase in sexual assaults – male on male."

. . . "I have said all along that they will eventually cave," says Barber, "because the homosexual activist juggernaut simply will not be daunted. And they are demanding nothing less than absolute affirmation and allowing fully, openly out and proud homosexual men to take your boys on overnight camping trips."


There is just one problem with Barber's assessment of the situation. There has been no correlation between the repeal of Don't Ask, Don't Tell and the rise of male-on-male assaults in the military. Notice that I said male-on-male assaults. Barber is of the inaccurate mindset that when a man assaults another man, the assaulter identifies as gay.

According to a June 23, 2013 New York Times article, the problem of male-on-male assault in the Armed Forces has been going on decades before DADT was repealed. What is going on now seems to be that more men are having the courage to report the incidents.

The article also says that ironically, the policy about gays being barred from the military was one of the reasons why men didn't report the incidents.

Last, but certainly not least, the article refutes Barber's ridiculous claim about gay military men assaulting other men in the Armed Forces:

Many sexual assaults on men in the military seem to be a form of violent hazing or bullying, said Roger Canaff, a former New York State prosecutor who helped train prosecutors on the subject of military sexual assault for the Pentagon. “The acts seemed less sexually motivated than humiliation or torture-motivated,” he said.


It's a shame that Barber is so obsessed with fantasizing about gay men taking boy scouts on overnight camping trips that he exploits a genuine problem impacting our men and women in the Armed Forces in pursuit of his obsession.
Posted by BlackTsunami at 5:13 AM No comments: