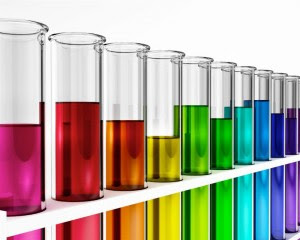 On Thursday, this blog reported about a study which said there is no one  single 'gay gene,' "but that a complex mix of genetics and environment affects whether a person has same-sex sexual partners."

At the time, I  said that the religious right (or as I like to call them - the anti-LGBTQ industry) will cherry-pick and distort the study to make  negative accusations about our community. And it turns out that I was right:


The right wing, especially the religious right, have struggled with the science around sexual orientation, especially genetics. Faced with the argument that people are born gay, the right has argued that the science was questionable, and in any case, it didn’t matter.

“Studies have suggested a genetic link to alcoholism, to violence, and even to adultery,” Pastor Robert Jeffress, one of President Trump’s biggest boosters, has said. “But are we willing to excuse those behaviors on the basis of ‘my genes made me do it’? I don’t think so."

But in light of a massive new study finding that the genetics behind orientation are complex and not defined by a single gene, the right is turning cartwheels. The study found that many genes play a role in determining someone’s orientation, as did social and environmental factors. Moreover, the study authors made a point of saying that being gay is “natural.”

What the religious right heard was that genetics are a minor consideration, at best, and that they were right all along.


Aside from spinning horror stories  and anecdotes about gays wanting to "recruit" children or "imprison" Christians, groups such as the Family Research Council, Focus on the Family and other affiliated organizations and individuals have relied on either distorted or cherry-picked science over the decades to make the case that supposedly homosexuality is an "unhealthy lifestyle."

While the junk science generally comes from discredited groups groups, such as the American College of Pediatricians or Christian Medical and Dental Associations,  or discredited researchers and physicians (Paul McHugh or Paul Cameron), cherry-picked science comes from legitimate research. Inappropriately anointed "policy analysts" such as Peter Sprigg of the Family Research Council, take out portions of studies and skewer them to denigrate the LGBTQ community, regardless of the fact that in its original context the portions didn't speak negatively about the community.

This generally gets these religious right and "morality" groups in trouble because legitimate researchers and Ph.Ds (usually the authors of the studies in question) publicly complain that their work has been misused. The irony is when this happens, the groups either quietly cease citing the research or ignores the complaints while continuing to distort the work.

On at least 14 occasions, religious right groups and personalities have been called out for distorting science to denigrate the LGBTQ community.

Read more »
Posted by BlackTsunami at 4:57 PM No comments: