What Are Gay Marriage Opponents Thinking? A Discussion With Maggie Gallagher - Maggie Gallagher is getting bold if she allowing herself to be interviewed by Michelangelo Signorile. After this interview, expect Gallagher not to be so bold.

Pelosi: If Dems Win The House, DOMA Defense Goes Away - Talk about your incentives to vote Democrat!

BREAKING: Another Federal Judge Strikes Down DOMA - Which would be good because defending it is a waste of money. For the second time this week, it has been struck down.

LaBarbera and Wooden are Positive that Nobody Wants their Kids to be Gay - I'm almost a proponent of spontaneous combustion over this one.

Game On in Washington State: Marriage on the November Ballot - We knew this would happen. So let's do this thing!

Sarah Jessica Parker and the religious right's hypocrisy on polygamy 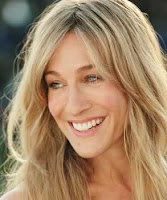 Sometimes I get confused in regards to the ability of religious right to change its colors on a position.

To say that the National Organization for Marriage didn't appreciate this video is an understatement. From its blog:

No doubt the president does not really intend to say this. But why not, at least on the logic of the left-wing marriage nihilists whose rhetoric he is parroting? Conservatives say that same-sex marriage is a step towards the destruction of marriage. Their liberal opponents respond that this is childish, that letting gay people marry does not threaten any existing marriage. But that response completely misses the point, which is this: the argument by which the left defends same sex marriage is inseparable from an argument that marriage should be anything anybody wants it to be, which is the same thing as saying there should be no publicly normative definition of marriage, which is the same thing as destroying marriage as a public institution.

The incest thing is ridiculous. And of course the thing about polygamy is equally ridiculous. But the question is how can NOM accuse Obama's support of marriage equality leading to polygamy when its founder, Maggie Gallagher, said in 2003 polygamy is better for children:


"At least polygamy, for all its ugly defects, is an attempt to secure stable mother-father families for children."

Now granted, Gallagher will duck and dodge in that way in which the lgbt community has become used to. She will no doubt give a long explanation of what "she actually meant" or claim that since then her opinion has changed and she has written pieces which have spoken out against polygamy.

Read more »
Posted by BlackTsunami at 9:28 AM 8 comments:

In an attempt to make a point about how supposedly too much unnecessary attention is paid to the bullying of gay students, Peter Sprigg of the Family Research Council accidentally demonstrated his organization's lack of care in regards to bullying in general.

According to that "lovely" phony news service, One News Now:


Since Education Secretary Arne Duncan has once again met with a group of LGBT students to hear suggestions for improving school experience, one conservative wonders if a meeting with Christian students is even a possibility.

This latest meeting can be added to the list of about two dozen others Duncan has held with LGBT students since taking office. Peter Sprigg of the Family Research Council (FRC) recognizes that Dncan can meet with whomever he wants -- but offers one query.

"I'm curious whether he would be willing to meet with Christian students in a similar way so that they could relate their experiences of bullying and persecution because they've expressed their faith or their personal moral convictions at school," Sprigg notes.


The gist of Sprigg's comment and the article is that focusing on the bullying of gay students is supposedly unnecessary:

Sprigg points out that studies show the main reason students are bullied is not because of sexual orientation, but because of body image, academic performance and perceived intelligence. So while Duncan is placing the Department of Education's focus on the lesbian, "gay", bisexual and transgender students, Sprigg contends no one is looking out for the students who need the attention.

That link in the article doesn't point to any of the "studies," but another One News Now article featuring a statement from Peter Jon Mitchell of the Institute of Marriage and Family Canada  Apparently IMFC is a  Canadian religious right group.


A report on state legislation up to April 2011 for the U.S. Department of Education found that 48 pieces of legislation on bullying were passed between 2000 and 2006, with an additional 78 pieces of state legislation passed in the following four years. Many of the laws aim to protect homosexuals, but the study reveals there is little bullying on that basis.

"The primary reason or primary trigger for bullying is body image, followed by academic performance and sort of perceived intelligence," Mitchell reports.

Someone should tell Sprigg that an article talking about a generic report while providing no link to the report is not equal to a legitimate study.

But more than that, I am struck by Sprigg's first statement - "I'm curious whether he (Arne Duncan) would be willing to meet with Christian students in a similar way so that they could relate their experiences of bullying and persecution because they've expressed their faith or their personal moral convictions at school."

That's a good question. An even better question would be why don't Sprigg  or FRC get a group of these students together for such a meeting.

My guess is that it won't happen.

The reason is not because the supposed bullying of Christian students isn't happening. That's not the point.

The point is that Sprigg  wouldn't be interested in getting such a group together because he only mentioned these students as a way to play Christian students and gay students against one another in the eyes of the public.

Keeping down the gay community is all they aim for.

In other words, Sprigg is using Christian students as patsies.

And it's sad because some folks will read Sprigg's comments and think that he makes a good point without realizing that he is exploiting Christian students for yet another game of "stop the queers."