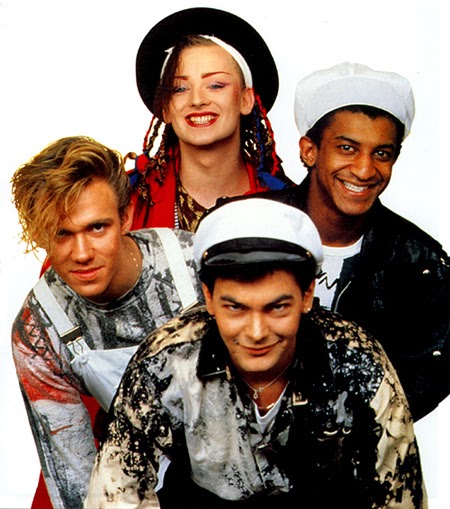 Back in the 80s, I loved me some Culture Club, an English band fronted by George Alan O'Dowd, or rather Boy George, whose androgynous appearance and incredible voice set many tongues wagging but also created a multitude of teen imitators.

If you want to read the history of Culture Club, go to Wikipedia. I prefer to post several of their videos and enjoy my memories:

And let's not forget when Culture Club won the 1993 Grammy for Best New Artist:


Credible science vs. Peter 'I'd prefer to export homosexuals from the United States' Sprigg - And speaking of FRC distortions, their spokesman Peter Sprigg is a former actor and present-day pastor. He has no business having as much credibility on any issue as the American Medical Association.

Gay Weddings Now Make Up 17 Percent Of Marriages In Washington State - Not bad at all for the first year of its legality.

Transgender cop in Conn. files complaint - And I hope she wins.

Truth Wins Out Praises Congresswoman Jackie Speier For Reintroducing Resolution Protecting Minors From ‘Reparative’ Therapy - This would be so awesome if we get it through Congress.

Posted by BlackTsunami at 9:01 AM 2 comments: 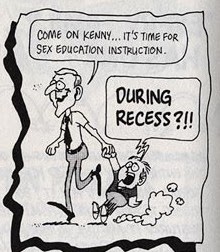 Simple question. If the Family Research Council's opposition to lgbt equality is rooted in Biblical foundation rather than animus, why does the organization distort scientific data to attack the lgbt community.

On the FRC webpage is an original "study" entitled Homosexuality and Child Sexual Abuse. This piece of "work" was published by former FRC employee Timothy Dailey.

It puts forth the theory that:

Pedophiles are invariably males: Almost all sex crimes against children are committed by men.

Significant numbers of victims are males: Up to one-third of all sex crimes against children are committed against boys (as opposed to girls).

The 10 percent fallacy: Studies indicate that, contrary to the inaccurate but widely accepted claims of sex researcher Alfred Kinsey, homosexuals comprise between 1 to 3 percent of the population.

Homosexuals are overrepresented in child sex offenses: Individuals from the 1 to 3 percent of the population that is sexually attracted to the same sex are committing up to one-third of the sex crimes against children.

Some homosexual activists defend the historic connection between homosexuality and pedophilia: Such activists consider the defense of "boy-lovers" to be a legitimate gay rights issue.


These points are junk.  More credible sources, i.e. the American Psychological Association, the National Association of Social Workers, the American Academy of Child Psychiatrists and the Child Welfare League of America, all say that gay men are not more likely to molest children than heterosexual men.

Read more »
Posted by BlackTsunami at 5:28 AM No comments: