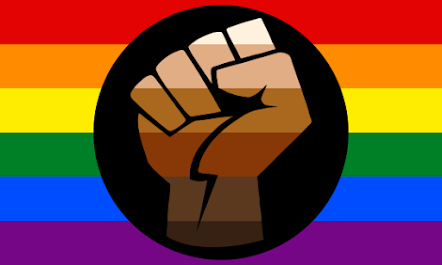 The next time that tiresome debate/argument about comparisons between the African-American and LGBTQ civil rights movements take place, I want folks to consider something:
From Taegan Goddard's Political Wire today:

In a leaked video of a private meeting with big-money donors, the head of a top conservative group “boasted that her outfit had crafted the new voter suppression law in Georgia and was doing the same with similar bills for Republican state legislators across the country,” Mother Jones reports. Said Jessica Anderson of Heritage Action: “In some cases, we actually draft them for them or we have a sentinel on our behalf give them the model legislation so it has that grassroots, from-the-bottom-up type of vibe.” She added: “Honestly, nobody even noticed. My team looked at each other and we’re like, ‘It can’t be that easy.'”

According to the Mother Jones article in question:

The Georgia law had “eight key provisions that Heritage recommended,” Jessica Anderson, the executive director of Heritage Action for America, a sister organization of the Heritage Foundation, told the foundation’s donors at an April 22 gathering in Tucson, in a recording obtained by the watchdog group Documented and shared with Mother Jones.
Those included policies severely restricting mail ballot drop boxes, preventing election officials from sending absentee ballot request forms to voters, making it easier for partisan workers to monitor the polls, preventing the collection of mail ballots, and restricting the ability of counties to accept donations from nonprofit groups seeking to aid in election administration. All of these recommendations came straight from Heritage’s list of “best practices” drafted in February. With Heritage’s help, Anderson said, Georgia became “the example for the rest of the country.”

These new voter restriction laws are the result of former president Donald Trump's whining that he was cheated out of a second term last year.
Read more »
Posted by BlackTsunami at 5:09 PM No comments:

Caitlyn Jenner's California Governor Bid Is Crashing, According to Poll - It's nice to know that all isn't totally awful in America.
Procter & Gamble Partners With GLAAD To Advance LGBTQ Acceptance Through Advertising - Whatever helps.
Judge blocks requirement for ‘gay sex’ offender registration - Good. You shouldn't be thought of as a sex offender simply for having gay sex.
Va. GOP governor nominee opposes transgender-inclusive youth sports - Republican? Of course.
Posted by BlackTsunami at 8:46 AM No comments: