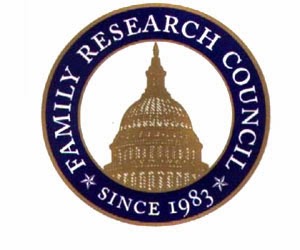 I could have sworn that one of the 10 commandments was "thou shalt not bear false witness."

Perhaps the Family Research Council has special permission from God to ignore this commandment. Today in an email, the organization smeared Colorado judge, Robert Spencer, simply because he ruled against Masterpiece Cakes owner Jack Philips. Philips was sued by a gay couple, Charlie Craig and David Mullins, when he wouldn't sell them a cake. Craig and Mullins were going to use the cake to celebrate the wedding they had in Massachusetts since gay marriage is illegal in Colorado.

However, the Family Research Council has pushed all of these reasons aside because apparently the real reason why Spencer ruled against Philips was because he is an "activist judge" :

Like most activist judges, Spencer tries to equate sexual behavior with skin color, a comparison with no basis in science -- or logic. What's more, he tied the case to a Supreme Court suit involving Bob Jones University, in which the justices stripped the college's tax status over its rule against biracial relationships.


I don't have to tell anyone that FRC offered no proof of its charges against Spencer. That goes without saying. Right now, the organization is simultaneously playing defense while exploiting its followers' fears and sense of entitlement via buzzwords. And the phrase "activist judge" is a powerful one to those on the right.

It's a phrase they use when they lose court cases.  It's akin to a football team blaming the referee after it loses the game. And in this case, it sends a message to FRC's supporters to not consider the fact that perhaps their positions are wrong. God forbid that these folks would do a little introspection. No, they are not wrong. The entire system is rigged against them because the system is evil and supposedly against Christians.

While FRC's caterwauling doesn't change Spencer's decision, it still makes me sad because it has the potential of changing many people's idea of Christianity. I know many Christians and they consider their faith as one of love and hope. The Family Research Council reduces Christianity to paranoia, fear, lies and a false sense of superiority.  Perhaps those who truly consider themselves followers of the Christian faith should ask themselves just who is their friend. And their enemy.
Posted by BlackTsunami at 6:37 PM 3 comments:

Open letter to Christians who claim that they are being 'persecuted'

Dear  Christians who think they are being persecuted,

I don't expect you to be swayed by my open letter. I don't expect to change your mind with my words. But certain things have to be said.

However, please note - and don't take this the wrong way -  that every time you gripe about being persecuted for simply for being ordered to treat gay couples like you would heterosexual couples by the rule of law, you make damn fools of yourself.

I'm serious. I don't say this to be mean or nasty. I mean no malice intended.

But don't you think that automatically seizing the "persecution card"  simply because you have to treat gays the same as heterosexuals in accordance to the law is just a bit too much? Don't you think that you are taking dramatic license a little too far?  Or at least overacting just a little?

Let's talk about this. When I think about "religious persecution," I think about the Spanish Inquisition, the Salem Witchcraft Trials, how Mary I of England had over 280 people burned at the stake for supposed heresy, the mass slaughter of the Huguenots.

When I think of persecution in general, I think of mutilated corpses littering the streets, screaming victims being dragged away by brutal soldiers to suffer harsher fates.  I think about vandalized places of business, burning homes, mobs throwing rocks at innocent folks, the smell of death, violence, and anarchy in the air.

I fail to see how having your day in court and losing your case fairly as a result of due process and then being interviewed on the most watched news programs in the country by a leggy - if slightly scatterbrained - blonde in a tight dress fits amongst the images of violence, death, and the general mayhem which comes with religious persecution.

I fail to see how being the cause celebre of various multi-million dollared morality groups (and getting a decent income with a speaking gig if you can get a good "Christian" agent) ranks up there with being slaughtered.

Come on guys. In the early days of your faith, the Romans fed you to lions. They crucified several of you. They dipped you in tar and set you on fire. They even distorted the words of the Holy Communion to claim that you practiced cannibalism (which kinda reminds me to later mention how some of you distort science to demonize gays, but that's for another time.)

Do you think God will punish you for simply making a cake for a gay wedding or even marrying a gay couple if you are elected to do such a job?

After all, it is gay tax dollars who is paying the police force to keep your business safe or the fire department to save your business if it should catch on fire.

And it is gay dollars which is paying your salary as an elected official who oversees weddings.

So it seems to me that you are already deep with us as it is. Do you hear any voices above asking you to cease?  Have you been struck by lightning yet?

Well then that should tell you something.

Lgbts aren't out to persecute you. We aren't asking that you like us or that you "endorse" us. All we ask is fairness in accordance to the law.  After all, this is our country too. And when we appear in public with partners or families or when we talk about issues that affect us, we certainly aren't shoving anything in your faces. We are merely acting like normal human beings going through the regular process of existing on this Earth. You know that process, don't you? It's called having a life.

I hope I haven't bored you or gotten you so upset that you don't consider what I'm saying.

Because next time, I want to talk to you about this "War on Christmas" thing.

Presenting both sides of the religious liberty argument. In one corner we have:

Discriminatory cake baker posts editorial on bakery's website; goes after 'illegal' weddings that are 'contrary to biblical teachings' - A bakery owner who thinks he has the to discriminate in accordance to his personal religious beliefs.

And in the other corner:

It Was Never About the Cake - The mother of the man who sued a bakery who points out that it's not about a cake, but about dignity and fairness.

Fox News: It’s ‘The Death Of Free Enterprise’ If Bakery Can’t Discriminate Against Gay Couples -  And speaking of  the 'Christian' baker, he is now on his 'I'm being persecuted' tour with the first stop being 'Fox and Friends.' Maybe it's just me but baking a cake for a gay couple doesn't exactly rank up on the persecution chart next to being burned at the stake by Mary I of England.

Georgia Falls In Line With Providing National Guard Same-Sex Benefits - And Mississippi is all alone in NOT doing the right thing for our fighting men and women.

Klingenschmitt Kindly Informs Us That He Recently Obtained A Concealed Carry Permit - After losing in his attempts to ban Right Wing Watch's videos of him acting like a fool from youtube, anti-gay activist Gordon Klingenschmitt (forgive me but I just can't get the desire to call him Klingenshitt out of my head) now informs us all that he recently obtained a concealed carry permit. In street terms Mr. Klingenschmitt, allow me to put it this way - "ain't nobody want you."
Posted by BlackTsunami at 9:12 AM 1 comment:

I have on many, many occasions railed against the extensive fascination of celebrities in the lgbt community. I have called out how many of us don't seem about important issues until someone like Lady Gaga or Ellen DeGeneres talks about it. And there is a reason why this blog will not talk about the alleged relationship between a certain young Olympic athlete and an older, Oscar-winning screenwriter.

But I also believe in giving credit where its due and for Elton John to speak out against Russia's anti-gay laws during concert in Moscow took a lot of chutzpah.
Posted by BlackTsunami at 4:32 AM 1 comment: