A member of the anti-lgbt industry is catching a lot of attention because of an negative study he co-authored but it's not the attention he probably wanted.

Former John Hopkins professor Paul McHugh co-authored a paper which claimed that there is no evidence that people are born gay or transgender. This study was trumpeted by several religious right and anti-lgbt publications even though others were quick to point out how its credibility is damaged by the motivations its publishers and authors.

One party which did this was The Daily Beast. In a short, but straightforward article, The Daily Beast called out McHugh and revealed his long history of anti-lgbt bias:

There is plenty of evidence to show that this isn’t McHugh’s first anti-LGBT rodeo. In 2006, he was quoted as saying that sexual abuse in the Catholic Church was the result of “homosexual predation on American Catholic youth,” as GLAAD noted. Four years later, he filed an amicus brief supporting California’s same-sex marriage ban, arguing that “sexual orientation is, in part, a choice.”

In 2014, McHugh wrote a widely-cited anti-transgender op-ed for the Wall Street Journal that contradicts position statements from several major medical organizations including the American Medical Association and the American Psychiatric Association.   Most recently, in the spring of 2016, he helped write a position paper for the American College of Pediatricians (ACPeds), a small Gainesville, Florida-based organization that the Southern Poverty Law Center has called “an anti-LGBT hate group.”

That position paper called health care for trans youth a form of “child abuse.” “It may be an intrinsic problem of American psychiatry to fall into a craze or cult-like misdirection once a decade,” McHugh previously told The Daily Beast about his involvement with that ACPeds paper. “Transgenderism seems to be this decade’s version.”

So it’s no surprise to see McHugh’s name crop up yet again in connection with another round of headlines questioning LGBT identities. In their new paper, McHugh and Mayer express skepticism over the concept of “sexual orientation,” writing that “we may have some reasons to doubt the common assumption that in order to live happy and flourishing lives, we must somehow discover this innate fact about ourselves that we call sexuality or sexual orientation, and invariably express it through particular patterns of sexual behavior or a particular life trajectory.”


The Daily Beast article then goes through a long process of featuring statements and work of several more legitimate medical bodies who refute McHugh's position, including the American Psychological Association, the American Academy of Pediatrics, and the World Professional Association of Transgender Health.

All in all, it's an article which our community should remember because we know how the anti-lgbt industry operates. Regardless of any refutation, we will be seeing and hearing them cite McHugh continuously. 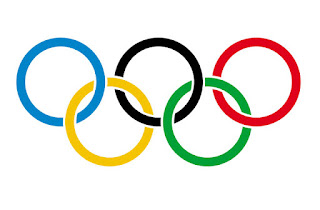 Team LGBT Olympic Medal Count Beat Every Country that Criminalizes Gay Sex - Granted, there were a lot of things I didn't like about this year's Olympic Games, but the prevalence of successful lgbt Olympians is something we shouldn't ignore.

Top 10 Questions about Religious Liberty, Jesus, and LGBT People - A pertinent piece because lgbts are also people of faith. This lgbt vs. Christianity narrative is a lie. It's always been a lie.

Texas AG Ken Paxton Finally Agrees to Meet One of His Young Transgender Victims - This promises to be interesting.

A New Regnerus? Anti-Equality Groups Promote New Study on Sexual Orientation and Gender - More info about the phony anti-lgbt study which came out yesterday. Guess who is promoting it in spite of its errors.

18 Tips For LGBT Teens In High School, From People Who Have Been There - Honey, I got a list of things to say . . .
Posted by BlackTsunami at 9:15 AM No comments:

One thing the lgbt community must take into account about the anti-lgbt industry is how relentless members try to be. They feel that they are being divinely led to stand against homosexuality so with that regard, they ignore general rules of practice.

That is to say to them, any demonizing lie told about the lgbt community gets repeated no matter how many times it has been refuted. And any positive fact about our equality gets disputed, no matter how outrageous the stream of argument may sound.

We saw an example of the former yesterday when they came out with yet another study distorting science to demonize the lgbt community. Like so many others, this study has been called out for falsehoods and misrepresentations.

And we see an example of the latter with this video of the Liberty Counsel's Mat Staver. claiming that the Obergefell decision by SCOTUS, which legalized marriage equality, is not the law of the land.

But it is the law of the land: