Remember the so-called victims of the "radical gay agenda," David and Jason Benham. They were going to get a show on on HGTV in 2014  until the network found out that they had a history of attacking the LGBTQ community. Their show idea never got off the ground. Since that time, they have been going around the country continuing to whine about the alleged gay agenda (which turned off HGTV in the first place), but with the added claim that they were shut down and persecuted because they are Christians.

That's the story they like to tell. But thanks this video by GLAAD, which presents their claims and a few additions, there is a more balanced view  of the controversy. In watching it, I'm sadly struck by the fact that these boys are so wrapped up in their egotistical view of their "faith" that they can't comprehend the reality of why they got into so much trouble. You were talking about people, guys. Men, women, children, families. You were not talking about intangible concepts.

Posted by BlackTsunami at 5:51 PM No comments: 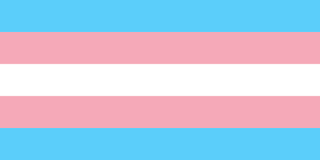 Dozens Of Texas Businesses Tell Governor To Ditch ‘Bathroom Bill’ - Both this and the last news brief are like glorious pinpoints of light in a cloudy darkness. Our job is to expand the light.

Abstinence-Only, "No Promo Homo" Sex Ed Keeps Queer Teens In The Dark - A thing which harms out LGBTQ kids - getting no decent sex education knowledge.

Watch Incredible LGBT Poets Spit Fire at Brave New Voices - This is awesome.
Posted by BlackTsunami at 9:07 AM No comments: