Another opinion of Tracey Morgan's 'comedy' - from the grave 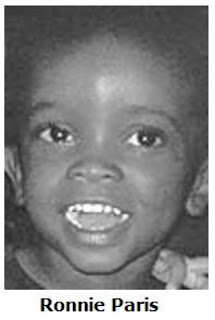 Tracey Morgan in 2011 about the possibility of his son being gay:

. . .he "better talk to me like a man and not in a gay voice or I'll pull out a knife and stab that little (expletive) to death."

The brain trauma Ronnie Antonio received when he was being taught to fight appears to have been too much for his body. News articles indicate he stopped eating, wet himself and went into a coma. He died six days later.

Posted by BlackTsunami at 1:41 PM 2 comments:

Just when I think I was out - that I said I would no longer talk about the black vs. lgbt divide - they pull me back in.

The controversy in regards to comedian Tracey Morgan's nasty and ill-timed "comedic" routine - in which he used shockingly ugly homophobic terms to talk about lgbts and even talked about murdering his son if the boy turned out to be gay - has caused a lot of suitable controversy.

And now it has gotten worse. CNN journalist Roland Martin and comedian Chris Rock have chosen to defend Martin - both asserting the idea that Morgan is a comedian who thrives on being shocking so maybe there is too much made out of what he said.

Of course both of these individuals did not give Michael Richards the same courtesy for his infamous nasty tirade against African-Americans during his comedy routine. Martin gave a weak defense that Richards was out of line because he attacked members of the audience, whereas Morgan's vile comments came as a part of his comedy routine.

To me, that says Morgan's comments are worse than Richards because it means that they were planned, thus premeditated.

A publication in Minnesota, the Southwest Minneapolis Patch, is investigating the money resources behind the 2012 vote to ban same-sex marriage in Minnesota.

The publication's article produced some very interesting details, particularly about the National Organization for Marriage's past actions to hide its funding sources:

A campaign finance watchdog group warns that the National Organization for Marriage (NOM), which is allied to a state anti-gay marriage group, has worked to hide who funded their campaigns in the past.

The Minnesota Family Council (MFC), the state's leading anti-gay marriage group, estimated the cost of their campaign as between $4 and $6 million. If past campaigns in other states are any indicator, a large proportion of that funding will come from out-of-state funders through the National Organization for Marriage. MFC did not return requests for comment.

"NOM looks forward to supporting the campaign and lending our expertise and resources to those of allies in the state," said a press release from the group's president, Brian Brown, issued following last month's vote to put the issue in front of voters in the Minnesota House of Representatives.

NOM did not respond to repeated requests for comment about the organization's plans to raise money. While NOM has litigated in the past to avoid disclosing its donors, evidence occasionally emerges that large portions of its budget seem to come from church-affiliated organizations, such as the Knights of Columbus.

If Minnesota's 2012 campaign will be anything like Maine's 2009 battle over same-sex marriage, much of the money involved could come from out of state, particularly for groups opposing same-sex marriage.

Reports filed with Maine's campaign finance watchdog show that the Maine group leading efforts against same-sex marriage received the lion's share of its donations from large organizations outside of Maine, chiefly from the National Organization for Marriage and the Catholic Archdiocese of Portland.


To quote the words of Mike Dean of Common Cause Minnesota from the article:


"It's going to be a dirty, dirty campaign."

But if so, it will be par for the course for NOM. The organization's pattern is as follows:


Let's hope that Minnesota breaks the link in that chain.

Is the Catholic Church overstepping its bounds in marriage equality fight?

Posted by BlackTsunami at 8:47 AM 3 comments: