Know Your LGBT History - The sad hysteria over the 'down low'

In 2004, African-American author J.L. King published On the Down Low: A Journey Into the Lives of Straight Black Men Who Sleep with Men and ignited a controversy.

The book basically talked about how some married men were having gay relationships on the side. Now for those of us familiar with people like Jim McGreevey and Ted Haggard, this wasn't anything new. A lot of us call it "being in the closet."

However, in the African-American community, which rarely addresses gay issues as it should, the book was a virtual firebomb.

To say folks went crazy was an understatement. King's book was an instant success, was the subject of a multitude of discussions, seminars, and television programs.

And unfortunately, a lot of the information was wrong. For a long time, men on the supposed "down low" was blamed for the HIV rate in the African-American community, particularly amongst black women. However, in 2009, the Centers for Disease Control debunked this belief.

In the meanwhile, so many folks were cashing in with their own plays, screenplays, and even new books about the supposed "down low" phenomena. The most ludicrous without question had to be that of Nation of Islam member Shahrazad Ali.

Ali, in her book How To Tell if Your Man is Gay or Bisexual, gave a few "tips" on spotting "down low men," including:

How does he sleep at night, what position does he sleep in? Does
he sleep like a woman, or like a man? What does he talk about in his
sleep?

You can touch his rectum to see if he has those tell-tale humps
on his anus from having it stretched open with a penis. Then later on
ask him if he's ever had hemorrhoids really bad.

If he asks you to "toss his salad" and you agree, and his legs go
up too quickly, he's probably used to doing it.

Looking back at it, my guess is that the "down low" nonsense became hysteria in the black community because it challenged some notions that you can "spot" a gay man. Some folks were expecting the limp wristed, swishy stereotype and it never occurred to them that gay men come in all forms.

The saddest thing to me is that almost throughout the entire hysteria (which has abated at least a little), while sexual health education  of the black woman became a big part of the discussion, very few people talked about the needs of the black gay man, i.e. why some gay men felt the need to be in the closet in the first place.

Except for this excellent documentary shown above (which I have included clips of), the mindset behind the "down low" hysteria seemed to be "how dare those men infect and lie to our women."

It was a seriously missed opportunity to educate members of the African-American community on the visibility and issues of black gay men.

Read more »
Posted by BlackTsunami at 3:53 PM No comments:

Linda Harvey - Ninety-three percent of African Americans voted for Obama in this election. Where are the Christians? Where are those who choose candidates based on the content of his or her character? Is it safe to conclude that ninety-three percent of African Americans are now in favor of homosexuality as marriage, late-term and sex-selection abortions, and they love the idea of limiting opportunity be penalizing success in this country? Do all this ninety-three percent agree that people of faith should be forced to pay for other people’s abortion-causing drugs? These are drugs that kill unborn babies. This is a human rights issue of the first magnitude and I am guessing there are plenty of black women and men who would have a problem with this if they chose to open their eyes about these policies aggressively supported by Obama and his administration, and now America has signed on for four more years of this. 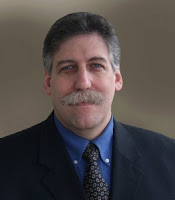 Michael Brown - I simply do not understand how my black evangelical friends who so staunchly oppose same-sex marriage and who stand against abortion could cast their vote for the most radically pro-abortion, pro-gay-activist president in our history. Was there no moral compromise involved in voting for him? Are there no issues that could disqualify him in your eyes? And must Barack Obama be elected and then reelected in order to make up for past injustices, as one black evangelical woman claimed?

Well gee, maybe it's because not all African-Americans are monolithic. Maybe we have our minds and don't jump every time some religious right organization pays off a greedy pastor to undermine our support of a candidate. And to answer Mr. Brown's question, we didn't vote for Obama for revenge. We voted for him because we felt he was the better candidate. And he was, too. It's nice to see these folks show their true faces. I wonder how many other religious right groups and figures feel this way but won't publicly say so.

Fox News Downplays Major Election Night LGBT Victories - Color me not surprised. Personally I think the network was too busy trying to recover from Obama's victory.

Boykin: Gays, the left to blame for heterosexuals' inability to keep it in their pants - So in other words, gays are mind controlling heterosexuals to cheat with each other. Okay, that's another secret revealed by some big mouthed queen. I swear it's so hard to conduct an evil plan to destroy "normal society" when your fellow gays can't keep their mouths shut!

The National Organization for Marriage is dealing with heavy criticism from the right after losing four ballot initiatives against marriage equality.

. . . both NOM and the state pro-family groups went to great lengths not to criticize homosexual behavior. They were very fearful of being perceived as "anti-gay" or "homophobic" especially in the liberal press. So they insisted on moderating everyone's messages. In Minnesota, for instance, activists were specifically told, "Don't make this a gay issue." Those who deviated from this and took a more direct approach were shunned and even publicly criticized by the pro-family establishment.


And yesterday, that sentiment was echoed by Washington state pastor Ken Hutcherson. Hutcherson has been an extremely vocal opponent of gay equality in general, opposing not just marriage equality, but also gay/straight alliances in schools.

Hutcherson said groups like NOM and Focus on the Family practically handed the victories to marriage equality supporters in Maine, Maryland, Washington state, and Minnesota - the four states who had either laws regarding marriage equality on the ballot:

"Their intention was to be moderate, non-controversial," Hutcherson told OneNewsNow in an exclusive interview, pointing out that the National Organization for Marriage, Focus on the Family and Family Policy Institute's unbiblical strategy was a severe departure from the state's churches' aggressive campaign to stop same-sex marriage using the weight of family values and Scripture. He notes that the groups essentially told him and other local Christian leaders' that their message on marriage and social issues was too offensive.
"They did not want me involved basically in the top leadership, so I took a back seat and let them run with it," Hutcherson shared. "And that really hurt our unity out here."


While it sounds like "sour grapes" on the part of Hutcherson, who he gave the interview to is significant. One News Now is the online publication owned by the American Family Association.  And while One News Now gave Hutcherson an unchallenged platform to challenge NOM, it did not seek any comment from NOM.

Posted by BlackTsunami at 4:47 AM 3 comments: