Trump subordinate - If Trump loses the election, 'the Left' will come after all of us, including your children


Longtime Trump subordinate - albeit not directly - Charlie Kirk took a page out of the religious right book of homophobia to make a prediction of what could happen should Trump lose his reelection campaign in November.

Kirk wasn't specifically pointing a finger at the LGBTQ community. He was speaking about "the left" in the deliberate way conservatives like himself tend to dehumanize Democrats and liberals by painting them as rabid hordes not unlike the zombies in the motion picture  World War Z.  It  would be rather naive for anyone to think that we aren't included in  his characterization.

The grand irony of Kirk's silly paranoid claim is that recently he and his group, Turning Point USA, was discovered to be recruiting teenagers to post disinformation online.

On Tuesday, The Washington Post reported on a stealth “troll farm” by Turning Point USA, the right-wing youth group led up by Charlie Kirk, to recruit teenagers to post disinformation on social media — sometimes getting around policies that sites like Facebook and Twitter use to prevent the spread of false political information. “Teenagers, some of them minors, are being paid to pump out the messages at the direction of Turning Point Action, an affiliate of Turning Point USA, the prominent conservative youth organization based in Phoenix, according to four people with independent knowledge of the effort,” reported Isaac Stanley-Becker. “Their descriptions were confirmed by detailed notes from relatives of one of the teenagers who recorded conversations with him about the efforts.”

This latest incident is not the first time Kirk and Turning Point USA have made headline for nefarious behavior. Media Matters for America has an entire page devoted to several conspiracy theories and out-and-out lies pushed by Kirk. And Turning Point USA has gotten into trouble because various members of its leadership have been called out and dismissed for racist comments, postings and associations. This includes a former national field director who once texted: 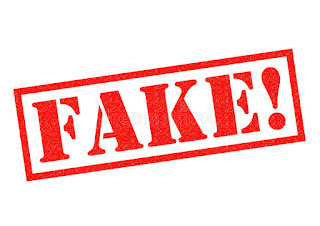 “Former trans person” in political attack ad only identified as trans after he joined a hate group - Good job, LGBTQNation. It is signficant because it looks like he was never trans at all.
Texas Board of Education rejects proposed LGBTQ lessons as part of sex education revision - Color ME surprised.
Facebook slaps fact check on ads stoking fears about transgender kids in girls sports - Group behind lie in first article just got caught in another one.
"10,000 Portraits of Queer America" Bring Joy and Sanity - yes it does. Thank you for this.
Posted by BlackTsunami at 8:56 AM No comments: