As many of you may or may not be aware, 'Harry Potter' author J.K. Rowling has been going at the transgender community via ignorant and awful tweets. An unfortunate side effect of this has been how members of the anti-LGBTQ industry have come to her defense by falsely portraying her as a victim.

Media Matters pointed out that it was pretty much a feeding frenzy of distortions and junk science about trans people. One group, the American College of Pediatricians, tried to be especially "cute:" 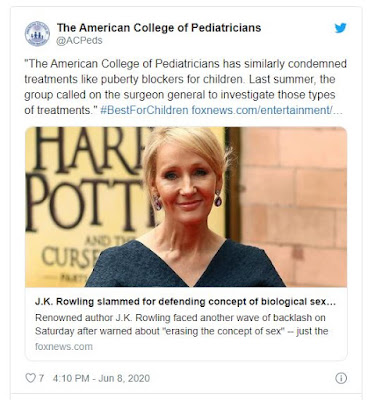 The American College of Pediatricians has been called a hate group by the Southern Poverty Law Center due its repeated attempts to spread cherry-picked science and junk science about the LGBTQ people under the guise of  "science."

One attempt took place in 2011, when it attempted to pass lurid information to schools about LGBTQ people (Editor's note - I wrote the article which appeared in the Huffington Post about the situation).

Information such as the following:


That was something I felt the need to remind the group of:

Needless to say, the American College of Pediatricians did not appreciate my tweet. At all: 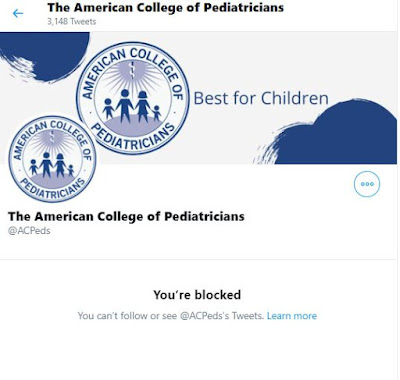 So touchy!  The American College of Pediatricians should remember not to stroll into a situation attempting to be "cute." It's the easiest way to get your "wig snatched."
Posted by BlackTsunami at 4:49 PM 2 comments:


Gay rumors come back to haunt Lindsey Graham during a tough re-election campaign - We are watching you Lindsey. If he does lose, his ties to Trump will be the thing which does him in.


Chicago Cop Being Investigated for Calling Protester an Antigay Slur - Oh look. On top of everything else . . .

Spying Before Stonewall: How the FBI Secretly Tracked Gay Activists in the 60s - How's this for a spooky bit of queer history?

23 Black LGBTQ Actors Who Deserve More Airtime - YES!!
Posted by BlackTsunami at 9:15 AM No comments: