In this particular juncture, he is being interviewed by an online buddy David Pakman, who has this incredible talent of letting members of the anti-gay right make themselves look like fools by simply asking questions and allowing them to bloviate on and on.

“Today I interviewed Bryan Fischer, and it was quite extreme. He repeatedly cited the Regnerus study regarding gay parenting even though I continued to tell him the study is bogus. I also asked him which other anti-gay ideas he agrees with. He DISAGREES with “God hates fags” and that gays and lesbians should be put to death, but AGREES that gay exorcisms like those discussed by former Navy Chaplain Gordon Klingenschmitt are a valid way of “helping” people. He also said that he isn’t worried about more and more states passing marriage equality, that most states still DON’T allow it.”


Ah yes the Regnerus study, which continues to be destroyed for its lack of credible information about gay families.

Thank you Bryan Fischer for all of the work you have done to progress the cause of lgbt equality.

Posted by BlackTsunami at 3:10 PM 2 comments:

Secrets of Tyler Deaton's prayer group emerge - And here is more information about the above scandal.

Black support for gay marriage growing - Good for us. Now let's have more discussion of lgbt of color issues in the black community. And be sure to include us in those annual "State of Black America" reports.

Florida Lesbian and Gay Adoptive Parents Tell Their Stories - These stories are important to tell and to hear so that SOME FOLKS don't get to boggart the conversation in regards to gay parenting.

Conservative ‘Justice’ Group Encourages Clerks To Discriminate Against Same-Sex Couples - Do it at your own electoral peril my friends.

Posted by BlackTsunami at 8:59 AM No comments: 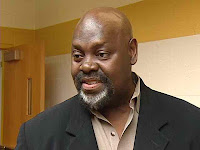 What was once a war of words between anti-gay Washington state pastor Ken Hutcherson, the National Organization for Marriage, and Focus on the Family has now developed into a full-scale ugly feud complete with charges of racism.

NOM faced criticism over what was called "moderate" tactics in opposing marriage equality. Ken Hutcherson, senior pastor of Antioch Bible Church in Redmond, WA and an extremely vocal opponent of gay equality in general,  said groups like NOM and Focus on the Family practically handed the victories their opponent:

"Their intention was to be moderate, non-controversial," Hutcherson told OneNewsNow in an exclusive interview, pointing out that the National Organization for Marriage, Focus on the Family and Family Policy Institute's unbiblical strategy was a severe departure from the state's churches' aggressive campaign to stop same-sex marriage using the weight of family values and Scripture. He notes that the groups essentially told him and other local Christian leaders' that their message on marriage and social issues was too offensive. "They did not want me involved basically in the top leadership, so I took a back seat and let them run with it," Hutcherson shared. "And that really hurt our unity out here."


Hutcherson later turned the criticism up a notch in an interview with The Christian Post by accusing the organizations of racism. He said he was excluded from the fight because he is an African-American:

"When I knew my involvement was going to generate controversy, I offered to step back and suggested others who were on the frontlines do so as well for the sake of unity. They refused, leaving me as the odd man out. If you look at them, they were all the same color with the same moderate views. It just didn't make sense why they would not include a person of color who was willing to fight." "I believe there are conservatives of all colors, but the leadership from NOM, Focus and Mission Public Affairs, wanted to run being a moderate campaign where everyone felt warm and fuzzy. But we know that sin is never satisfied and always wants more. These guys just looked and acted too much like the GOP – old and white."

Brown . . . called Hutcherson's comment "absurd and reckless," and that he never heard any complaints from the Washington pastor. He also pointed to others such as Maryland's Bishop Harry Jackson, Jr. who is also black and was out front in his state's effort to overturn a new state law. "In the body of Christ I think if we have differences they need to be aired out between us and not in the public arena."


Of course Brown omitted the fact that NOM has been paying Jackson for his efforts.  According to Mother Jones, Jackson has received $20,000 from the National Organization for Marriage's "education fund" for his efforts to exploit the opinions of those in the black community who do not agree with marriage equality. In addition, in 2010, Jackson attempted to get a measure on the ballot opposing marriage equality in D.C. In pursuit of that effort, he led the group Stand for Marriage DC. According to documents attained by Mother Jones, NOM gave $60,000 for that effort.

In the same Christian Post article, Tom Minnery of Focus on the Family also voiced a disagreement with Hutcherson's claim of racism. Both he and Brown expressed the wish that Hutcherson should have come to them with his complaints.

Though Hutcherson has a point when it comes to the small number or lack of African-American in leadership positions in these organizations, those familiar with the pastor's past antics - myself included - should probably chalk up his accusations of racism to sour grapes that he wasn't given a larger role in the fight against marriage equality.

Still, the fact that Minnery and Brown made a point to tell Hutcherson to keep disagreements "in house" definitely proves that he struck a nerve.

And I think that's what Hutcherson wanted. Don't be surprised if he attempts to strike more nerves.

Posted by BlackTsunami at 4:56 AM 5 comments: