Last week, the organization Media Matters ran a feature article looking at how anti-LGBTQ hate group the Alliance Defending Freedom is working to pass laws in several states to make it more difficult for gays to adopt children, including how it is pushing anti-gay adoption laws in five states.

Apparently the article did its work in raising eyebrows because another anti-LGBTQ hate group, the Family Research Council, attempted today to defend ADF:

At Media Matters, why don't kids matter? The Soros-funded group seems to be going out of its way to shame the organizations whose only concern is exactly that. Their latest target? Alliance Defending Freedom (ADF).

Like most conservatives, ADF has been doing everything it can to defend the freedom of adoption agencies to place children in the best possible home -- a freedom, unfortunately, that's been complicated by the recent efforts of the anti-faith and LGBT lobbies. Media Matters is not normally a direct player in this debate. After all, its mission is keeping watch on the media – not wading in to specific social issue culture battles, or at least that is what they've claimed. 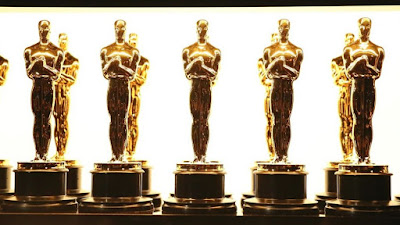 LGBT representation strong at 90th annual Academy Awards - At last night's Oscar ceremony, the LGBTQ community won big. As a gay black man, I always think that when members of my community win awards for the stories they tell, that's a spotlight which wouldn't have ordinarily been there for us. So yes, it's a big deal.

The 10 gayest moments in the history of the Oscars - Come on, y'all. It's Monday.


Jordan Peele Becomes the First Black Winner of the Best Original Screenplay Oscar - And while Peele isn't LGBTQ, he is an ally. Also, I would be remiss if I omitted his win.

Robert Oscar Lopez: ‘I Don’t See Anything Honorable’ About Being A Gay Conservative - For once, I agree with this awful man.

Pelosi, HRC on opposite sides over re-election of anti-LGBT Democrat - Well, THIS is interesting.