This situation is enough to make one paranoid:

Lee Michael McLean and Bryan Furze endured years of anonymous anti-gay harassment at their home in Milton, Massachusetts, but a remarkable turn of events has freed them from the abuse . . .
The men are upstanding members of their community, proud parents, and served in local government. But that’s when things turned ugly, they say. They started receiving dozens of magazine subscriptions with homophobic names on them. The men were confounded and police were unable to help since most magazines don’t require pre-payment. The perpetrator didn’t use a credit card that could be traced. For five years the couple got magazines, newspapers, and solicitations under the offensive fake names. It stopped during the pandemic, but when the neighbor tried to resume the harassment, he made a major mistake.

To find out the rest of the story, watch the video. But to clue you in - the entire situation simply shows how covert homophobia can be and how some of the most dangerous bigots are the ones who won't say stuff to your face.
It all sounds like something from one of those cable crime channels, minus the physical violence. And thank goodness the situation was taken care of before it came to that. I wouldn't be surprised if it would have. If you can spend five years surreptitiously harassing someone, whose to say that you won't take that last deadly step of violence?
Posted by BlackTsunami at 4:33 PM No comments: 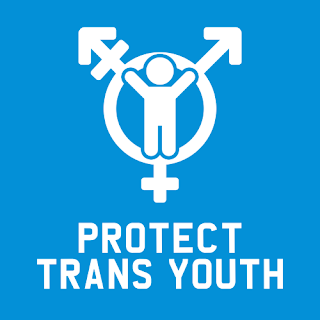 Hungary's parliament passes anti-LGBTQ law ahead of 2022 election - Hungary is an awful place to be.

31 Unexpected Things That Made People Realize They Are Absolutely, Positively, Undeniably Not Straight - A little comedy never hurts.

Charles M. Blow on Bi Visibility and the Debt We Owe as Queer People - One of my favorite columnists. Does he have a Pulitzer yet?