Those who do not learn from history 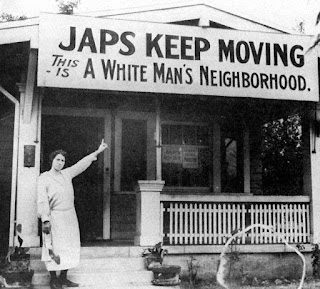 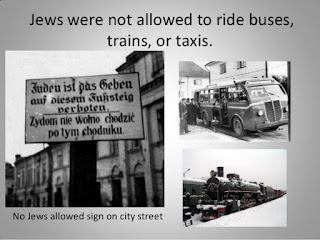 Are doomed to repeat it: 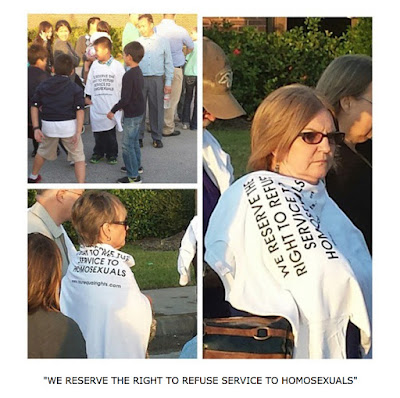 Rumor control has it that Trump will be signing an anti-lgbtq executive order on Thursday.

Anti-lgbtq evangelicals and religious right groups are no doubt pinching themselves in delight. They have been pushing the idea of "religious liberty," i.e. the right to refuse services based on "personal religious beliefs", because they claim that Christian business owners have been deliberately targeted by the lgbtq community.

That's the latest load of junk from that crowd who have said in the past that allowing gays to adopt would corrupt children, marriage equality was a plot to destroy the church, and that giving any shred of dignity or equality to the transgender community would enable predators.

It's always a moral panic with these folks; the constant need to nauseate or scare instead of presenting facts. We all know what happens almost every time they've had to defend their positions with facts via the courts.

They lose badly and then lick their wounds while whining about "activist judges."

But thanks to Trump, they have another avenue. It's bad enough that he is planning to sign that monstrosity but planning to do it on Thursday, on the National Day of Prayer, is another slap in the face to the lgbtq community. It furthers the narrative that "religious liberty" is an effort to protect people of faith from the lgbtq community.

That's simply hateful. Why would the faith community need protection from us when we are a part of the faith community? I'm a gay man and a person of faith. And I also know how to pray. Goodness knows I've prayed many a time to be magically transformed into a heterosexual. That is until God let me know that He blessed me with my gay sexual orientation.

I got off lucky because I never had to pray that bullies at school wouldn't beat me up for being gay. But I'm sure that a lot of my lgbtq brothers and sisters did. So thank you Donald Trump in advance for  mocking our pain and prayers.

Folks may be disturbed at the montage of pictures above. I posted them to make a point because when it's all said and done, it doesn't matter what excuse you use, be it religious or pseudo-scientific.

It doesn't matter what moral panic you create to justify it, whether it be "protecting the sanctity of the Southern white female," "upholding customs and tradition, "preserving your heritage," or even "religious liberty."

Encouraging any type of discrimination is wrong. It's hateful. It's hurtful. It's never justified.

And it is always, always wrong.


Famous Evangelical Pastor Dangerously Attempts To Rebrand Conversion Therapy - With his defense of Russia persecuting its lgbtq citizens in 2014 and now with this absolutely ridiculous defense of "ex-gay" therapy which has been proven to be dangerous to the lgbtq community and especially our kids, Franklin Graham puts to rest the bull @!%# narrative that gays are persecuting people of faith like him. Read your history, Franklin. Some of the most dangerous people were those who made OTHERS suffer in defense of THEIR interpretation of Scripture. This fanatical demagogue has ceased to be a religious leader a long time ago and should stop being treated as such.

Parents of gay, bi men in Chechnya told: Kill your children or we will - Has Graham even spoken about Chechnya?

Proposed Obamacare repeal deal could drastically cut access to transgender healthcare - Yet another reason to oppose that awful repeal.

Rep. Hoyer urges Trump to recall Mark Green nomination - Damn right! He shouldn't have been nominated in the first place.

Military professors oppose Trump’s Army secretary nominee - This is getting good. Folks are organizing to oppose this man.

Equality Act Reintroduced in Congress with Unprecedented Corporate Support - Keep your fingers crossed and if we get disappointed this time, that doesn't mean we stop pushing.
Posted by BlackTsunami at 9:11 AM No comments: