Trump is trying to rescind LGBTQ worker protections at the National Labor Relations Board - In his three years in office, Trump has declared war on the LGBTQ community and hasn't been asked about it once by the media. It's up to us to make him answer for it. It has always been up to us.

Coming out as gay doesn't absolve you of your anti-LGBTQ+ history - This means YOU, Aaron Schock.

Why Trump-Friendly Christian Leaders Are Feeling Totally Fine About the Coronavirus - Easy to guess how they will pervert it all.

Posted by BlackTsunami at 8:30 PM No comments:


Civil rights icon and Congressman John Lewis has a challenger for his seat in the upcoming election. Angela Stanton-King is a Trump supporter and the god daughter of a "prominent" black Trump supporter, Alveda King. And she has something in common with both Trump and King.

Like King, she practically oozes homophobia, as evidenced by the tweet she recently sent implying that LGBTQ people are violent pedophiles: 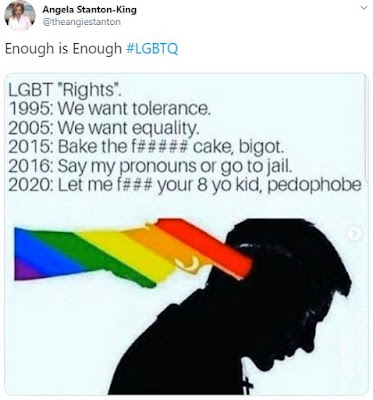 It's bad enough that she sent this. The  fascinating part is that it's a much more graphic version of this: 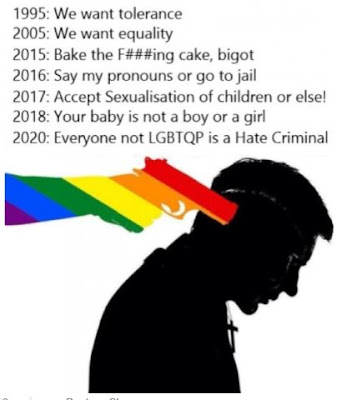