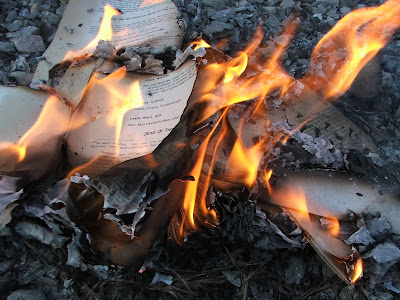 All of this nonsense about banning supposedly sexually explicit books from school libraries was bound to create a backlash sooner or later. And when it happened, it was delicious.

A Virginia school board rescinded a directive for staff to pull books with “sexually explicit” books from libraries early Tuesday after hours of passionate public comment. The Spotsylvania County school board voted 5-2 to reverse the order amid public backlash, but some board members said they’ll continue to take a stance against the inclusion of what they view as offensive material in school library books, The Free Lance-Star reported. Board members Rabih Abuismail and Kirk Twigg, who spoke of burning books at last week's meeting, did not support the reversal.

The comments made by Abuismail and Twigg favoring burning books could be speculated as a reason why the directive was rescinded. The comments went viral across the nation and underscored to many the dangers of this latest hysteria. Images of various book burnings throughout history, including those in Nazi Germany before World War 2, were invoked.
According to LGBTQNation, at the meeting before the vote, various parents, students, librarians, and teachers addressed the school board, voicing their anger directly to them:

“[Your behavior] is the most egregious example of unprofessionalism I have ever witnessed,” one parent said, according to Adele Uphaus-Conner, a reporter for the Free Lance-Star. “The only course of action I see fit for you is a formal public apology to all the librarians in this county & for you to submit your resignation from the school board.”
“You have labeled books you have no knowledge of and placed shame upon them,” said a district librarian. “You have no right to judge anyone or what they read.”
. . . “If you are scared of a community you are supposed to represent, this is not the job for you,” said another student. 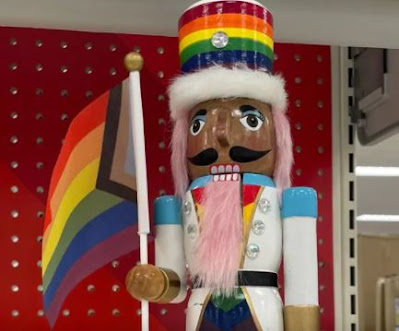 Target's Pride Nutcracker Is Making the Yuletide Gayer - This ought to be a hit. People love stuff like this. I can just imagine the religious right.
Beto O’Rourke will run against anti-LGBTQ extremist to be governor of Texas​ - We'll see what happens.
Student accuses campus fraternity of homophobia and hazing, says he’s no longer safe at school - Awful story.
Ohio's first LGBTQ+-inclusive senior housing easing fear of going 'back into the closet' - Places like this are needed nationwide.
Posted by BlackTsunami at 9:07 AM No comments: