The scuttlebutt right now is a disastrous interview that Trump had with Axios's Jonathan Swan which was released on Monday. I don't know who told Trump it would be a good idea, but whoever it was is obviously attempting to bring down his presidency from the inside.

As if Trump needed help with that.

The fall out has been extensive and pretty much negative, with Trump getting blasted for his poor showing and interviewer Swan getting praised for his unrelenting style and questioning. The interview was so bad that Fox News is ignoring it, while the rest of the right-wing propaganda media - which generally praises everything Trump does - is struggling to defend him.

The best way I can describe the interview is a smorgasbord of tasty soundbites for anti-Trump political ads. It's almost difficult to say where Trump stumbled the most, from the claim that he did more for African-Americans than anyone else to his griping that recently deceased civil rights legend John Lewis didn't attend his inauguration.

But without question, the following comment he made when it comes to his poor handling of  the coronavirus pandemic will probably be the thing which will haunt him. And as you can see below, the Biden campaign got the same impression as I did:


Thousands of Americans are dying every week. The President's response?


That's a huge schadenfreude enabler for those who remember how Trump and his allies exploited Hillary Clinton's  "deplorables" comment from the 2016 election.

Even though I still say that it's too early to count Trump out, I will also say that his re-election campaign is starting to resemble a slow moving three-hour long 1970s disaster movie with so many cast members,  that you just know there will be a new calamity almost every minute and a body count to rival that of Cecil B. DeMille's.
Posted by BlackTsunami at 5:10 PM No comments:

'Murder of trans people in U.S. could hit record high in 2020' & other Tue midday news briefs 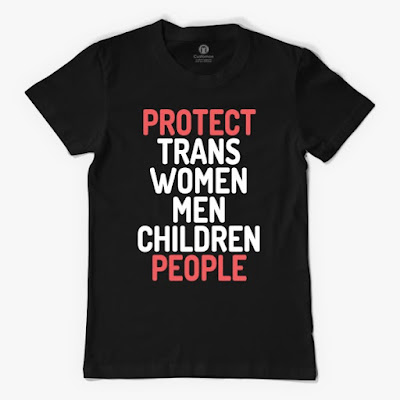 Murders Of Transgender People In U.S. Could Hit Record High In 2020 - This is depressing. Be careful, brothers and sisters.

'LGBTrump' activist arrested twice for defacing Black Lives Matter mural - Give me a break, you moron.

Martina Navratilova Supports Idaho's Ban on Trans Female Athletes - An absolutely STUPID move on her part. Lesbians teaming up with hate groups and bigoted legislation because they fear trans rights are merely digging two graves. If her new "allies" put trans rights in one grave, just who does Martina think will be going in the next?
Posted by BlackTsunami at 8:41 AM No comments: