The Family Research Council has taken a break from gloating about Trump's election win in order to beg for money. Or the "evil homosexuals will put Christians in jail and force women to have abortions."

Or something like that. The letter is a hoot and of course FRC president, Tony Perkins, hysterically lies throughout it:


The radicals still WON'T accept it.
But they WILL subvert it. Unless . . . 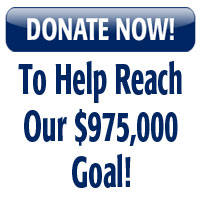 The radical Left won't accept the future for which Americans voted.
But they will subvert that future, unless . . .

. . . unless Christians like you stay engaged in the political process.
Don't leave it up to the politicians. You must help stop the Left from ruining every reform soon-to-be President Trump and pro-family conservatives in Congress have promised to make.

The Left has already violently protested the election in the streets -- with many of the protests paid for by money from Hollywood-Washington elitists.
They've already tried to manipulate the Electoral College to overturn the results.
They've already advocated changing the Constitution to permanently empower them.

And when the new Congress is seated January 3 and President Trump is sworn in January 20...? Get ready for the Left's massive attempt to DECEIVE, INTIMIDATE, AND SIDETRACK lawmakers from enacting reforms in favor of your faith, family, and freedom.

What can you do to fight back? First and foremost, you can donate now to help Family Research Council (FRC) reach our 2016 year-end budget goal of $975,000 by December 31.

You see, the ACLU and Planned Parenthood have already had record-breaking fundraising immediately after the election.

Backed by hundreds of millions of dollars, they -- and other left-wing groups -- will try EVERY POLITICAL TRICK IN THE BOOK to influence the Trump administration and Congress:
FRC must counter these efforts. FRC experts will be on Capitol Hill -- and we will be at the White House -- debunking the deception of the Left.

We will remind President Trump and Members of Congress of their campaign promises.
The key link, however, is you.

For FRC to be at full strength when Congress is sworn in three weeks from today, we must receive $975,000 by December 31 to finish 2016 on track.

Will you take a moment now to give your year-end gift and ensure we meet our goal?

The Left isn't going away.

P.S. Fellow FRC supporters are so concerned about the Left's plans they have offered a $250,000 MATCHING GRANT to double your year-end gift! Every dollar will go TWICE AS FAR up to the combined total of $250,000. So please be generous and help us reach our goal! Remember, the ACLU and Planned Parenthood have already raised staggering amounts to attack you, your beliefs, your religious freedom, and your family. Answer these radicals with your year-end donation to FRC right now. Thank you!


Well Perkins is right about one thing. We are NOT going away. I'm certainly not.

And I intend to have a rip-snorting, ass-kicking, hell-raising time during these upcoming four years. I hope y'all got some vitamin E. And oxygen. Lots and lots of oxygen.
Posted by BlackTsunami at 2:55 PM 1 comment:

Editor's note - The electoral college is meeting today and barring any unusual situation, they will officially make Trump the winner of the 2016 election. I would kindly suggest that folks who are angry and/or aggrieved harness their emotions to focus on fighting any screw-ups Trump may attempt (particularly with Obamacare, Planned Parenthood, and "religious liberty" laws) and work on breaking down his power in the 2018 mid-year elections however they can. No one is going to save you but you. And unfortunately, America may have to learn some hard lessons on how to pick good leaders, regardless.


Tom DeLay: God Has Given The Religious Right A ‘Clean Slate’ To Reshape America Via President Trump - A perfect idea of what we will be fighting. To summarize it better, I suggest a different headline - "A hypocritical former convicted felon & butt-shaking birther claims that God had Trump to win so the religious right can force its views on the American public."

The looming Republican crackdown on LGBTQ rights and abortion - Some form of this is coming and protesting in the streets is just one thing we can do. Alliances and coalitions do wonders (not just talking about them, people.) Being vocal and not letting opponents control the argument. Telling your stories and highlighting who will be harmed by this madness. Above all, show discipline and consistency. Don't get lose your focus by sidetracking yourselves in petty arguments. Now, more than ever, we are going to have to learn to trust one another. And that especially goes for gays, lesbians, bisexuals, transgender men and women, and our allies.

The Kim Davis of Indiana just lost in court - This is going to come up again.

Because I’m Gay And In High School, Legislators Don’t Care About My Health - But a lot of us do and we are going to fight for you REGARDLESS of hell or high water.

Ga. lesbian takes groundbreaking case to fed’l court - SNAP!
Posted by BlackTsunami at 9:15 AM No comments:

Family Research Council president Tony Perkins is facing a criticism for a recent remark he made advising President-elect Donald Trump to get rid of State Department officials who support the "promotion" of lgbt equality in other countries.

But he is not the only religious right leader speaking out publicly on this issue. Austin Ruse, who heads an organization, the Center for Family and Human Rights (and a personal enemy of mine) also hinted on the same advise for Trump.

But in, shall we say, less polite language:


Consider this: Sometime during the Obama administration, they determined to bring the homosexual issue into the congressionally mandated Office of Religious Freedom of the State Department. This is the office that is to report annually on the persecution of religions around the world. Obama shoe-horned LGBT into that office, much to the chagrin of some of those working in the office. A contact formerly in that office told me that those who objected were sidelined and later fired. This person told me this exact same thing has happened all over the federal government where organized LGBTs have gotten people fired who stood in their way or otherwise objected to their agenda.
The anti-Christian rainbow flag flies over U.S. embassies all over the world. Exporting LGBT is now part of the "DNA" of our foreign policy, often to the detriment of our legitimate national security. We have homosexuals openly serving in the military, without a doubt something that is harmful to unit cohesion, but we have the proposition of men in dresses openly serving as well. Even more, we may be forced to use taxpayer money to pay for sex-change operations. We have Christians hounded out of the military for expressing Christians beliefs about human sexuality.


Bear in mind that while Ruse didn't outright say anything about "purging" the State Department of those who support lgbt equality, the semantics behind his mentions of "Christian scalps" and "anti-Christian rainbow flags" serves to point in that direction.

Ruse's caterwauling is nothing more than alarmist tripe, but not surprising. His organization, the Center for Family and Human Rights is a Southern Poverty Law Center designated hate group, just like the Family Research Council.

In 2014, SPLC called out Ruse for his use of violent rhetoric when he said “hard left, human-hating people that run modern universities…should all be taken out and shot.”