We are in the Twilight Zone of anti-LGBTQ hysteria. From conservatives making up stories about drag queens, to white nationalists putting children in danger to attack drag queens, to all this general Anita Bryantish throwback accusing us of sexually grooming kids, it's as if we are in a bad loop.

And the hate group known as the American Family Association wants to get its shots in. 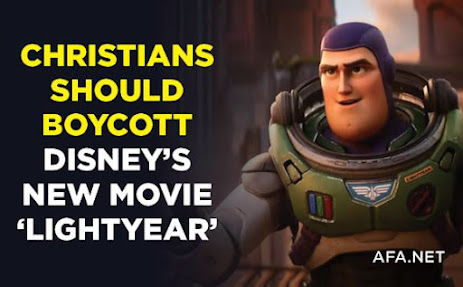 And why should they? Well according to AFA:

Earlier this year and to the delight of parents everywhere, Florida Governor Ron DeSantis and the state legislature passed the "Parental Rights in Education Bill," which prohibits public schools from indoctrinating children grades K-3 with pro-gay, pro-transgender propaganda. Disney CEO Bob Chapek initially said his company would not take sides in the controversy. Then came the loud, expected rhetoric from the rabid LGBTQ left, with their nasty accusations that Disney was anti-gay and hateful for not vocally opposing the law.
The Florida law is simply designed to protect the youngest grade-school children from being taught lies, such as their birth gender might possibly be a freak of nature and that they can change it. As a result, Disney quickly abandoned its neutral position for one of total surrender. Chapek apologized to his employees in a letter, telling them, "You needed me to be a stronger ally in the fight for equal rights and I let you down. I am sorry."
As a result, and to the delight of homosexual activists everywhere, Disney has announced it will restore a previously cut lesbian kissing scene in its June Pixar release of the kid’s movie "Lightyear." Disney doesn't think you will care, nor does it think Christian parents and grandparents will take a stand for their children and grandchildren. I think you will.

Apparently this kiss has gotten Disney in trouble in several Middle Eastern countries which have chosen to ban the movie.
It goes without saying that of course AFA is trying to get in on the 'gays are groomers' hysteria. Even without all of that, the AFA would have probably been sounding the alarm about the lesbian kiss. It's the group's brand to act hysterical when LGBTQ people get even the smallest dose of attention.
I see nothing wrong with a lesbian or gay kiss in a Disney movie. Heterosexual kisses have been a staple of the films for as long as I can remember.  What AFA is angry about is LGBTQ people being portrayed as normal. It ruins the stereotype of everything LGBTQ-related being sexual and not-for-children. But like it or not, gays and lesbians kissing is normal and I'm sure children see it every day. Let's not forget also that thousands of children in this country are being raised by LGBTQ parents. Seeing their parents isn't a big deal.
Children seeing LGBTQ kissing in general should not be seen as a big deal. People kiss.  It's not an agenda. It's simply a human act.  That's all there is to it.
Speaking of something being not-for-children, it's ironic how the AFA goes on and on about a simple lesbian kiss while saying, as far as I know, nothing about the violence in Disney movies. We're talking about scenes in which:
A woman falls off a huge cliff and then vultures circling down to eat her corpse,
A man falling headfirst into a lake of fire,
A man accidentally hanging himself by forest vines,
A lion being torn apart by a pack of hyenas,
A lion throwing another lion off of a cliff into a stampede of wildebeest who trample him to death.
There are so many other incidents in Disney films which AFA could have raised attention about.  But nothing sells like good old fashioned homophobia and bigotry.
Posted by BlackTsunami at 5:07 PM No comments:

37 LGBTQ+ TV stars who have made history​ - This is very important because our fight for fairness still continues.
After years of alleged anti-LGBTQ bullying, New York teen 'just wants to be accepted' - THIS article will have you in tears. It resembles so many of our lives growing up.
LGBTQ+ Candidates Advance in Primary Races - Folks are scared of the upcoming midterms but regardless, we still have to come in blazing.
LGBTQ outrage over DeSantis visit to NYC during Pride Month - As well they should be. That evil jackass was probably looking for ways to decimate us in the future.
Homosexuality Voted to Be Struck from Pennsylvania's Criminal Code - Lovely. What took y'all so long?
Posted by BlackTsunami at 9:45 AM No comments: