This is so sad that I almost feel sorry for NC legislator James Forrester. Earlier today, he was on the Michelangelo Signorile radio show attempting to justify his support of the ballot amendment in that state which would outlaw marriage equality.

Earlier this month, Forrester made the claim that gay men have shorter lifespans than heterosexuals. Signorile challenges him on this (starting at 6:11) and when push comes to shove, Forrester can't back this up. Forrester initially says that his claim came from the Centers for Disease Control, but this is not true.

And Signorile ain't having none of it. Forrester then tries to pull up Frank Turek's name and Signorile calls him out for citing a phony expert. And that's just one of the gold nuggets of the interview. According to Think Progress:

The senator also couldn’t explain how same-sex marriage undermined the institution and even threatened to end the interview when Signorile asked if Forrester would be introducing legislation to ban divorce. “I can’t answer all these questions you have,” he conceded:


SIGNORILE: Why don’t you ban divorce, why not?

FORRESTER: That wasn’t my intent of the legislation.

FORRESTER: I think I’m going to end this conversation right now because I see you’re completely negative, on the other side, trying to set me up.

There was no set-up, Mr. Forrester. The simple fact is that you don't know what the hell you are talking about.

The interview in general  is a bit long but is a joy to listen to. It also underscores that when anti-gay folks are up against those who are schooled in refuting homophobic lies, they crumble like a new cookie:

Posted by BlackTsunami at 3:51 PM 3 comments:

The gay community has allowed ourselves to be bamboozled again.

Last week, a controversy erupted over a student, Dakota Airy,  at a Fort Worth High School who claimed that he was punished for merely stating in class that homosexuality is a sin. The student was allegedly suspended for his comments, his family retained the services of the anti-gay Liberty Counsel, and both the student and the Liberty Counsel made the round of right-wing blogs and sites claiming that what happened to him is the end result of "persecution by the gay community."

And on some pro-gay sites, some folks flocked to the student's defense, declaring that his First Amendment rights were being violated and that the situation hurts the gay community by demonstrating that we are as "intolerant" as those on the right.

Some of us flocked to the student's defense even though we had seen this situation play out before - a controversy happens involving someone supposedly oppressed by the gay community, the person in question retains the services of a right-wing group who makes a media blitz, thereby getting publicity for the person. And when everything at its peak, the other side of the story comes out. Usually the supposed "victim" of the gay community did not tell the entire story, which when told, makes him or her look less like a victim and more like someone who got what they deserved.

Well you can file this story of the "oppressed student" in that category. According to Marvin Vann, a member of the group LGBTQ S.A.V.E.S, in an interview with the Dallas Voice, the suspension may have been due to a history of harassment against the teacher who called out Airy for his comment.

Read more »
Posted by BlackTsunami at 9:21 AM 5 comments:

What happened at Rev. Lou Sheldon’s press conference opposing the FAIR Education Act - Hate group leader (Traditional Values Coalition being the group) has a HUGE fail of a press conference.

Related post - Will the Catholic Church declare war on Obama over gay equality?

Hate group angry at Republican for wanting to repeal DOMA 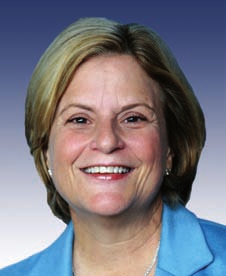 The anti-gay hate group, the Family Research Council is furious that a Republican in Congress is co-sponsoring a bill which would repeal DOMA (Defense of Marriage Act).

On Friday, Rep. Ileana Ros-Lehtinen (R-FL) became the first Republican to co-sponsor the legislation that would repeal DOMA and yesterday, FRC attacker her position, claiming that she is harming children:


Florida Rep. Ileana Ros-Lehtinen (R) has joined the dark side by becoming the first Republican to co-sponsor bills that boost counterfeit marriage while effectively closing down most Christian adoption services.

. . . What the Stark/Ros-Lehtinen bill, (deceptively named "The Every Child Deserves a Family Act") would do is shutter Christian adoption agencies nationwide, despite the large number of lives these organizations impact. Put in a dramatic but truthful way, supporters of the bill would rather see orphans kept without parents than to see them placed in loving homes with a mother and father!

Of course FRC fails to mention that the problem is that these "Christian adoption agencies" receive tax dollars while specifically barring gays from adopting children - a position having to do more with religious beliefs than with actualities. And it's not that these agencies are "forced" to close down, it's that they refuse to function without these tax dollars.

But the most ironic statement with FRC's attack is the following:

The GOP leadership has done a lot to protect marriage, mostly by appointing a top-notch lawyer to defend DOMA . . .

FRC omits the fact that this "top-notch" lawyer (Paul Clement) has been called to the carpet by Democratic legislators for his use of junk science in defending DOMA.

In all honesty, however, seeing that FRC itself is no slouch when it comes to utilizing junk science, maybe not mentioning that Clement is doing the same is an "innocent oversight."