SAVE California is the one of the organization behind attempts to derail SB48, the law which would push for lgbt-inclusive public schooling.

This is what the organization is trying to emphasize about SB48:

Believe it or not, it gets worse.

On its webpage, SAVE California has links to all sorts of junk science, including the fraudulent Facts About Youth organization which tried to push such claims as gay men "sexualize" feces into America's schools and other discredited work about homosexuality and pedophilia from junk science researcher Paul Cameron.

I guess we know what route that organization is going: 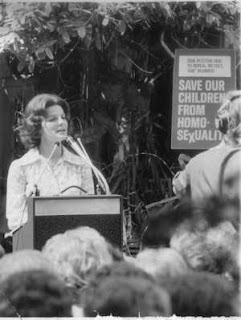 The truly vile lies never die, do they?

Posted by BlackTsunami at 3:48 PM No comments:

Nigerian Senate Passes Anti-Gay Bill After Increasing Penalties - This is terrible and the bill also outlaws public displays of affection and advocacy. And folks, don't get stupid by thinking this is solely a problem in Africa. Remember that it wasn't long ago that Paul Cameron was spreading his lies in Moldova, a European country.

The Family Research Council anoints its spokesperson Peter Sprigg as a professional on matters of the lgbtq community, which also means the health of those in this community.

However, through his statements, we see the danger in giving this charlatan a degree of credibility. This is what he said recently about how to solve the AIDS crisis:

It was encouraging to read Michael Gerson’s column in The Washington Post recently on scientific advances which raise the prospect of “Putting AIDS on the road to extinction.” He is right to say, “Religious conservatives have no objections to treatment and are neither shocked nor alarmed by circumcision.”

However, he ignores two huge “elephants in the room.” The first is the role of behavior change in reducing infections. A Ugandan AIDS prevention official wrote in the Post in 2008 about his country’s success in dramatically reducing AIDS prevalence through use of the “ABC” message—“Abstain” from sex until marriage, “Be faithful” to your spouse, and “use Condoms” only if you fail at A and B. Gerson celebrates that the cost of treatment is now less than $350 per person; but Sam L. Ruteikara noted, “Our successful ABC campaign cost just 29 cents per person each year.”


Gerson noted that circumcision has reduced “the risk of transmission from women to men,” and that early treatment reduced “transmission to a heterosexual partner.” This may be encouraging for Africa, but is less so at home, where the CDC reports that “more than half (53%) of all people living with HIV” are men who have sex with men (MSM), “the only risk group in which new HIV infections have been increasing steadily.” Discouraging anal intercourse and sex with multiple partners—practices not unique to homosexual men, but more prevalent among them—are part of “the only morally acceptable strategy” to help America share in the end of AIDS.

It doesn't take a palm reader to figure out that Sprigg seems to be less worried about solving the AIDS crisis and more about blaming on alleged gay male sexual habits.

Perhaps I wouldn't question Sprigg's credibility if he had cited all of the information from the CDC report he used to draw his conclusion. Particularly the following:

Stigma and homophobia may have a profound impact on the lives of MSM, especially their mental and sexual health. Internalized homophobia may impact men’s ability to make healthy choices, including decisions around sex and substance use. Stigma and homophobia may limit the willingness of MSM to access HIV prevention and care, isolate them from family and community support, and create cultural barriers that inhibit integration into social networks.

Racism, poverty, and lack of access to health care are barriers to HIV prevention services, particularly for MSM from racial or ethnic minority communities. A recent CDC study found a strong link between socioeconomic status and HIV among MSM: prevalence increased as education and income decreased, and awareness of HIV status was higher among MSM with greater education and income.

What Sprigg did was an offense he has committed before (in his pamphlet The Top Ten Myths About Homosexuality), i.e. take information a credible source to form a negative theory about gays, but making sure to omit crucial parts of that information which would destroy his theory.

Sprigg is no expert and those attempting to fight the scourge of AIDS should disregard his opinion.