Evangelical group claims that 'the Left' is putting drag queens in children's shows to introduce them to gay sex . . . or something like that

Conservative evangelical organization the Family Research Council has never abandoned the false claim that LGBTQ people are trying to 'recruit' children for sex. The group simply engages in creative ways to state it. Such as the following email:

. . . The far Left has been trying to normalize abnormal sexual behavior through the media for years.

From Amazon's musical "Everybody's Talking About Jamie," about a 16-year-old becoming a drag queen to "Cinderella," featuring Billy Porter as a cross-dressing fairy godmother -- there is now a constant stream of agenda-driven content being created for and directly targeted at our children.

And that's not all: PBS in New York City faced significant backlash for a broadcast of its "Let's Learn" series. The target audience (children three to eight years old) learned something alright -- from drag queen host "Lil Miss Hot Mess." In addition to singing from his book "The Hips on the Drag Queen Go Swish, Swish, Swish" to the tune of "The Wheels on the Bus Go Round and Round," Lil Miss explains to children what a drag queen is: "[We are] everyday people who like to play pretend and dress up as often as we can," he said, adding, "I think we make pretty good role models."

PBS, which rakes in a significant amount of taxpayer dollars, has been overwhelmed by complaints from angry parents. And no wonder, considering the man hosting the show happily commented, "I think we might have some drag queens-in-training on our hands."

For those who aren't keeping score, the email is a sequel to FRC's last hysterical money ask when it claimed that Disney, LEGOs, Skittles, and Kellogg's were plotting to 'indoctrinate' children into homosexuality.

Like the last email, FRC is merely trying to scare people.  In fact when one eliminates the fear which FRC (and other right-wing sources such as the Daily Caller which was responsible for the non-controversy involving "Lil Miss Hot Mess) infuses into the situation, it's easy to recognize what's going here. Just a bunch of tired hypocrites fueling parental fears to the point of hysterics in order to fundraise. To them, everything showing how LGBTQ people contribute to the diversity of our country (and especially our families) is a plot. Just like to them, any thoughts or mentions of LGBTQ people must be semantically branded with ideas of sexual intercourse. The more vulgar and depraved, the better.

And they especially brand drag queens as if they were cautionary creatures parents used to frighten their children with if they stepped out of line. Forget the monsters like Peg Powler,  Nelly Longarms or Jenny Greenteeth which parents evoked to scare their kids from straying too far from home. To FRC, drag queens are monsters to spook strictly the parents. Don't let your children even get close to them. And be careful of any program using them because they are trying to change your children. If you don't,  your child may wake you up in the morning to tell you that he or she is gay. Or bisexual. Or  transgender. Even worse, you may catch them wearing make-up and doing odd things with those Barbie dolls and He-Man action figures you bought them for Christmas.

While that is a bit over the top, it's akin to the connotative effect the Family Research Council hopes to have on its supporters when it comes to LGBTQ people. That's the irony of groups like the Family Research Council. They claim to be fighting depravity, but the depravity they rail against is usually what they have put into other people's minds.

Posted by BlackTsunami at 4:43 PM No comments: 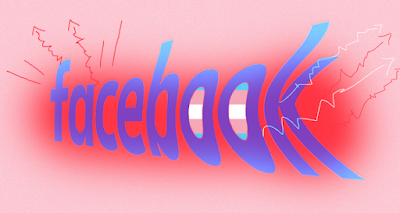 Right-leaning Facebook pages earned nearly two-thirds of interactions on posts about trans issues - This is a serious lack of balance. Those spewing fear and ignorance are far outdistancing education and accuracy.
Sean Meloy, politics guru for LGBTQ Victory Fund, declares run for Congress - Keep your fingers cross. This promises to be good.
Russia deems queer activists “foreign agents” as China shuts down LGBTQ advocacy group​ - Well THIS is awful
The All-Queer Justice League Is Back to Make the Yuletide Gay - And time to cue the 'woke whiners.'
Posted by BlackTsunami at 8:35 AM No comments: