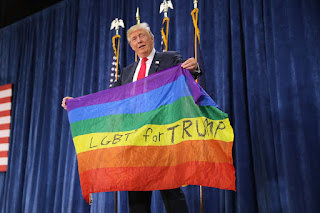 Trump Agencies Move to Limit LGBT Rights as Courts Expand Them - We are coming for what is ours. We won them fair and square.


Germany to Compensate Gay Troops for Decades of Discrimination - Good for Germany!

Experimental Drug Treatment May Have Rid Man Of HIV, Doctors Say - Too early to speculate but things don't look bad.
Posted by BlackTsunami at 5:12 PM No comments: 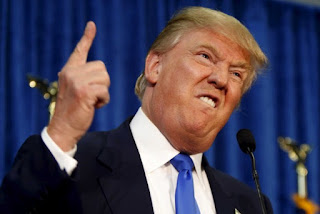 In many people's eyes, Trump's Fourth of July speech in front of Mount Rushmore was a colossal flop. Instead of bringing Americans together by reminding us of our collective stake in this country, Trump chose to play culture war "whack-a-mole." However, don't tell that to religious right hate group the Family Research Council nor its president, Tony Perkins. To hear them talk, Trump's speech was a wonderful revelation (which of course would reduce the requirements for wonderful revelations):

Given by any other man, it would have been considered one of the greatest speeches of our time. A triumph of American exceptionalism. But it was not any other man standing under the granite faces of Mount Rushmore on the night before July 4th. It was Donald Trump. . . .

What happened Friday night, under the red, white, and blue bunting of a Fourth of July weekend, was defining -- not just for this president, but for a hurting country. The scars of 2020 already run deep, with the last several weeks splitting wider old wounds. For most of us, it's a time of uncertainty we've never experienced, a fear for our nation that's never felt more real. It was with that backdrop that President Trump flew to South Dakota and spoke from the heart.

He reminded us about the miraculous story of America, about the men and women of every race who bled and fought to make us the brightest light the world had ever seen. "No nation," he said, "has done more to advance the human condition than the United States of America, and no people have done more to promote human progress than the citizens of our great nation."

. . . Passionate at times, eloquent at others, it was the speech of a man who realized it wasn't just his presidency at stake -- but his country. And yet, the same hypocritical voices who demand the very leadership President Trump displayed eviscerated him for it afterward. "Dark," "divisive," "traitorous," and "combative," the media's reaction was full of this ridiculous insistence that patriotism isn't just partisan -- it's racist.


Trump did no such thing.